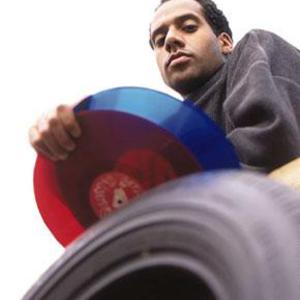 Nick Holder rose to prominence in the late '90s and early 2000s as one of the world's most championed house producers, his voluminous output appealing to various camps of DJs, from techno to progressive house and everything in between. Based in Toronto and owner of DNH Records, Holder spent years DJing before gaining notoriety for "Da Sambafrique," his first big success. He had produced tracks for labels like Definitive and Stickmen throughout the '90s, but never had he scored such an anthem.

Soon, the K7 label was inviting him to release full-length albums and everyone, or so it seemed, was spinning his records, some of his more popular tracks being "Trying to Find Myself," "I Once Believed in U," "Summer Daze," and "Sometimes I'm Blue."

Holder's music career began in the early '80s when he first started DJing. Later in the decade, he discovered the burgeoning Detroit techno scene only a few hours away from his home in Toronto. Detroit icons like Derrick May and Carl Craig captivated Holder, as did many of the tracks coming from Chicago during the same late-'80s period by producers like Adonis. In the '90s, Holder began producing his own tracks and released 12"s for a number of labels such as Definitive, Stickmen, Hi Bias, Strobe, and Studio K7, the label that released two full-lengths of his in 1997, One Night in the Disco and Back on Track. Furthermore, Holder released many of his productions through NRK, including many of his biggest hits such as "Da Sambafrique" (NRK 018), "I Once Believed in U" (NRK 023), and "Trying to Find Myself" (NRK 031), in addition to full-length efforts such as From Within and Underground Alternatives.