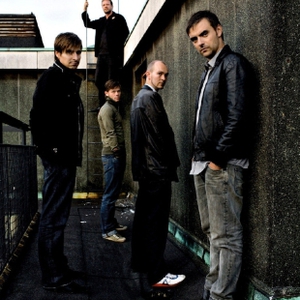 Since the release of USADSB, by many considered their breakthrough album, the band has been floating in succes, being awarded to a high number of Danish Music Awards in both 2005 and 2007. Before the release of USADSB, the band was almost unknown, and they've once said that they had to put chips on front of the stage to lure people closer. One of the reasons for the USADSB album's success might be lead vocalist Simon Kvamm's participation in the popular Danish sitcom "Drengene fra Angora".

The very well-known producer Timbaland, who among others has produced Justin Timberlake's "FutureSex/LoveSounds and Nelly Furtado's "Loose", will help Nephew produce their fourth studio-album. In 2007 the band had great success in Denmark with their remix of the Timbaland song "The Way I Are" from the Shock Value album. Timbaland liked the "The Way I Are vs. Nephew" Remix and it was put on the "gold edition" of the Shock Value album.

Later in 2007 Nephew released the 07.07.07 Live CD and DVD, which was recorded at their performance at the Roskilde Festival at the 7th of July 2007 (7/7/07). When they performed the song Hospital (Interkom?), they were assisted by well-known Danish rapper L.O.C., who then added new lyrics to the song, inbetween the original ones. This became the main single from 07.07.07.

The band consists of: