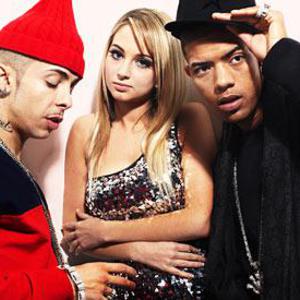 N-Dubz are a British MOBO-award-winning hip hop group from London, based around Camden Town. They were previously signed to Polydor Records before joining All Around the World Records. They have had six top 40 hits on the UK Singles Chart, the most successful being ?I Need You? which charted at #5. Their debut album Uncle B was released on 17 November 2008 and debuted at #11 on the UK Albums Chart.

It was announced via their official MySpace and various websites that it has since been certified platinum for shipments of over 300,000 in the UK. Uncle B has since sold around 600,000 copies. Their second album Against All Odds was released on 16 November 2009 which debuted at #6. It went platinum within approximately 2 months of release.

We Dance On (CDS)

Papa Can U Hear Me (CDS)

You Better Not Waste My Time (CDS)