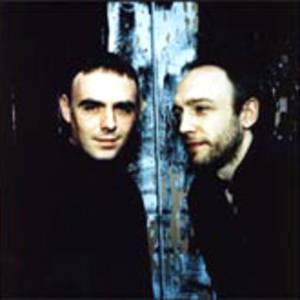 My Computer are a duo from Manchester, UK. My Computer released their debut album in 2002, a time at which similar artists were more than plentiful and more established, Beck and Super Furry Animals to name a few, however My Computer brought something new to the scene, The ability to effortlessly use a large handful of genres and make them work seamlessly together. "Vulnerabilia" was regarded as a masterpiece among small online communities and a handful of music magazines also picked up on this release.

My Computer returned in 2005 with their follow up effort, "No CV" which then band further showed their fearless approach to pop music, it has been said that My Computer don't so much write songs, but craft epic treatises incorporating bits of electronica, madchester, brit-pop, space rock, folk, prog rock, and urban music.