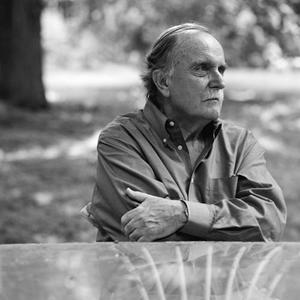 Alvin Lucier (born May 14, 1931) is an American composer of music and sound installations exploring acoustic phenomena, especially resonance, as well as a former member of the Sonic Arts Union along with Robert Ashley, David Behrman, and Gordon Mumma. As a self-acknowledged composer of experimental music, Lucier's compositions sometimes deal with elements of indeterminacy. Much of his work is heavily informed by science...

As a self-acknowledged composer of experimental music, Lucier's compositions sometimes deal with elements of indeterminacy. Much of his work is heavily informed by science, revolving around the physical properties of sound itself: resonance of spaces, phase interference between closely-tuned pitches, and the transmission of sound through physical media.


Lucier was born in Nashua, New Hampshire and studied at Yale University and Brandeis University and spent two years in Rome on a Fulbright Fellowship.

His pieces include Music On A Long Thin Wire in which a piano wire is strung across a room with magnets on either end, producing changing overtones and sounds, Crossings, in which tones played across a steadily rising sine wave produce interference beats, Still and Moving Lines of Silence in Families of Hyperbolas in which the interference tones between sine waves create "troughs" and "valleys" of sound and silence, Music For Solo Performer, the first piece to use brain waves to produce sound, and Clocker, which uses biofeedback and reverberation.

I am Sitting in a Room