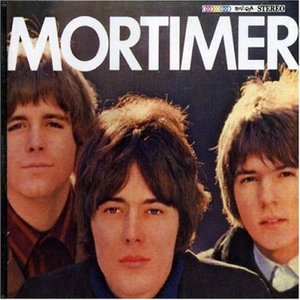 Despite the reputation surrounding their highly sought-after 1968 LP, New York quartet Mortimer are probably best remembered for their association with The Beatles' Apple empire. Indeed they recorded a whole album with Peter Asher in 1969 which remains unreleased to this day, largely due to the arrival of Allen Klein at Apple and his culling of several projects. It wasn't the first time that Klein had axed the release of an album by the band.

It wasn't the first time that Klein had axed the release of an album by the band. In 1966 the pre-Mortimer garage rock band The Teddy Boys were signed to the Cameo Parkway label where they issued two fine and furious singles and cut an album's worth of material. Klein entered the picture at Cameo in 1967 and nixed the release of the album. Regardless of these misfortunes, The Teddy Boys were hot property in the New York clubs and were soon signed up by B,B & D Productions, a company co-run by Englishman Daniel Secunda, brother of notorious UK pop manager Tony Secunda. They installed the band at their trendy manhattan night club, Arthur, and gave them a flat where they wrote new material in a more acoustic and melodic vein.

An album was duly recorded for Mercury using this acoustic approach and a couple of promo singles lifted. The irresistable opener ?Dedicated Music Man' received heavy airplay in the New York area and the album reportedly sold 35,000 copies. Secunda suggested the band visit England in the summer of 1968 and they did so, securing the Apple contract almost immediately when George Harrison heard them play a floor show in the Apple offices. But that's another story...

SEVERAL OTHER BANDS HAVE USED THE MORTIMER'S NAME SINCE, the most recent one to have borrowed the name is http://www.themortimer.com a five piece from London UK. They have released 3 CDs Fuzzy Felt Ep, Dede EP and the Urban Fox EP. Find them on last.fm at http://www.last.fm/music/+noredirect/The+Mortimer.