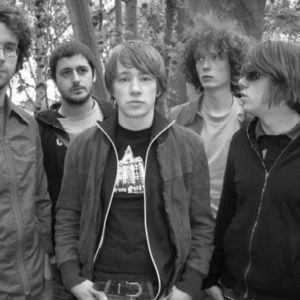 Alterkicks were formed through adverts in shops in Merseyside and Cheshire. Though based in Liverpool, the band are drawn from far and wide. Ditching successful careers in programming, teaching and being on the dole, Alterkicks began to focus on their music and getting themselves in front of people in 2003. Ever impressed by the songwriting and shape-shifting of bands like Love, Radiohead, Bowie and the Kinks, they have rapidly managed to create a set that is winning friends and praise across the UK.

Ever impressed by the songwriting and shape-shifting of bands like Love, Radiohead, Bowie and the Kinks, they have rapidly managed to create a set that is winning friends and praise across the UK.

Early promise was clear when Radio One's Zane Lowe played a demo on his show in 2004 and this was further confirmed by their debut single release on legendary indie Fierce Panda in March of 2005. ?Do Everything I Taught You?, with live favourite ?The Cannibal Hiking Disaster? on the B-side took little time to sell out and led to a second indie release for Moshi Moshi in the form of ?Oh, Honey? in the summer of that year. Dermot O'Leary was so taken with the single that he invited them on to his show to record a live session for Radio 2. The band also launched their club night, ?Little Big Man?, in 2005 whilst finding time to continue touring and support the likes of Little Flames and Thirteen Senses.

All the hard work led to a long term deal with B Unique earlier this year, the first fruits of the new relationship being single, ?On A Holiday, which, according to The Sun is ?a storming debut, packed full of melody?.. Further touring came with now firm friends Larrikin Love and The Automatic, playing to two sets of sold out crowds across the UK and generally going down a storm. Particular highlights from the tours include packed crowds at London's Scala, Astoria and Forum and a particularly crazy night at Leeds Josephs Well with NME thrilling to ?a celebration of love, life and jingle jangle brilliance?.

The debut album 'Do Everything I Told You' was produced by Stephen Street and released in August 2007.

We have decided to call it a day and split up.
Many many thanks to everyone who has showed us love and support over the
past three and a half years.

We are all still good friends and are continuing with music in various
different projects. We'll keep you posted.

Do Everything I Taught You