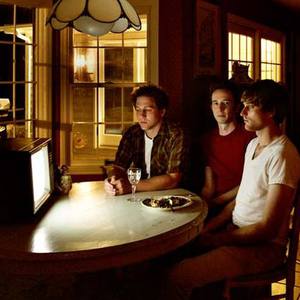 Mobius Band was an electronic rock trio, based in Brooklyn, NY and signed to Ghostly International. The band began when members Noam Schatz, Ben Sterling and Peter Sax met as students at Wesleyan University. After graduation, they moved to Shutesbury, Massachusetts to hone their sound. Following the self-released and mostly instrumental EPs One, Two, and Three, Mobius Band were signed to Ann Arbor, Michigan's Ghostly International in 2004, becoming the electronic label's first rock-based act.

Their first Ghostly release was the City Vs. Country EP in March 2005, which earned critical acclaim for its fusion of pop songs with electronic flourishes, paralleling the work of contemporaries like The Notwist and The Postal Service. The first Mobius Band full-length is August 2005's The Loving Sounds of Static, which takes the ideas of City Vs Country further, adding a lyrical focus on coming of age and disillusionment with modern America.

The Loving Sounds Of Static