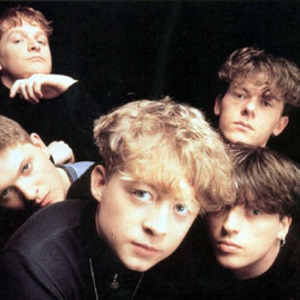 From Colne in Lancashire, the Milltown Brothers first burst onto the indie scene in 1989 with the 'Coming From The Mill EP' getting single of the week in NME and featuring the songs Roses, We've Got Time and Something On My Mind. Second indie single 'Which Way Should I Jump' started a bidding war between the majors with the exceptional 'Silvertown' added as the bside. Signing to A&M worldwide in 1990, Which Way Should I Jump was re-recorded and broke into the UK charts at Number 38, a good start for a newly signed band but underachieving.

Second indie single 'Which Way Should I Jump' started a bidding war between the majors with the exceptional 'Silvertown' added as the bside.

Signing to A&M worldwide in 1990, Which Way Should I Jump was re-recorded and broke into the UK charts at Number 38, a good start for a newly signed band but underachieving. The song is, quite simply, one of the greatest UK band singles to ever be heard and still stands up today. America liked it and put it to Number 10 in the US Rock Chart.

The album - Slinky - was a revelation and pushed the boundaries for their peers. Defying the critics who had incorrectly labelled them as baggy (due to 1 rhythmic song - Seems To Me - the sound of which was never repeated by the band) - the Milltown Brothers delivered an absolute classic album of catchy, punchy songs, full of variety, perfectly paced and well-balanced. There have been few bands since able to produce an album where every song is as good as the last.

Tours galore followed, the main one for Slinky saw them supported by the awesome "Beware the Green Monkey", and the album received a maximum 5 Stars in Q Magazine and for a few months, the band could do no wrong.

Disaster struck with the release of their next (and arguably superior) single 'Here I Stand'. Playing 3 times a day in independent record shops up and down the country for weeks before the release, the appearances (along with the press gathered) helped the single achieve a predicted entry into the Top 20. The UK Record Industry however, due to the volume of sales from the shops played in, decided to 'weight' the single, fearing chart-rigging. The single missed entry into the charts (along with a planned TOTP performance) and peaked at Number 41.

A&M bottled it and despite new material being ready for release that year (1991) - they put the band 'on the shelf' for 2 years and eventually picked the songs for their 2nd studio album - 'Valve'.

The album fared less well than Slinky, receiving average reviews. With a generally disappointing choice of songs, time (and their bsides) has since shown that a dynamite second album could have been released, had the band been allowed to go their own way. After years of contractual exile, a tour which received no advertising and singles released which the band did not even want on an album - the band walked from A&M.

It took 10 years for the band to work together again and in March 2004, they released their third studio album - Rubberband. Critically acclaimed and probably their finest release, Rubberband came out on their own label and was made available via the website at www.milltownbrothers.com. Playing to their strengths, it once more demonstrated their head for melody, band dynamic, layered guitar and vocal harmonies - and featured Matthew Nelsons strongest set of songs yet heard. Described in Record Collector as 'a faultless third album', it is one of few truly great UK band albums to be released since 2000.

Which Way Should I Jump? (EP) (Vinyl)