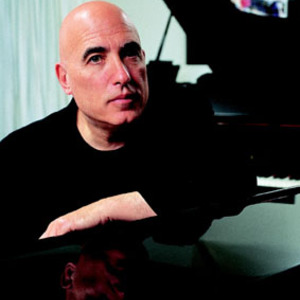 Mike Garson is an American professional pianist, most notable for his work with David Bowie, Nine Inch Nails, Billy Corgan and The Smashing Pumpkins. Garson was originally noticed when he played on the I'm the One album by early 1970s experimental artist Annette Peacock. When Peacock was asked by a very interested David Bowie to join him on his tour she refused. Garson however did not and so began one of the most enduring relationships in rock history.

Garson was originally noticed when he played on the I'm the One album by early 1970s experimental artist Annette Peacock. When Peacock was asked by a very interested David Bowie to join him on his tour she refused. Garson however did not and so began one of the most enduring relationships in rock history.

Garson gave the piano and keyboard backing on the later Ziggy Stardust tour and his unique contribution to Aladdin Sane gave the album an avant garde jazz feel with long and sometimes atonal piano solos.

He played also for Mick Ronson (guitarist and sound of the "Spiders from Mars") on his first and last solo tour, and his first album (Slaughter on Tenth Avenue). Ironically he came to replace Ronson's role as Bowie's musical lieutenant on several occasions. Notably on 'We are the dead' from the 'Diamond Dogs' album, where Garson's metronome like keyboard provides a dramatic setting for Bowie's vocals and on the title track to 'Young Americans' where his jaunty piano leads the band. Garson played with Bowie on and off over the years, resurfacing on the The Buddha of Suburbia album and inspiring Bowie to experiment again. The ambitious Outside album was the result.

Parallel to this Garson engaged in his own solo career as a jazz pianist, pushing the bounds of his art. He is regarded in the industry as one of the very few 'rock' pianists capable of performing extended piano solos. He remains one of the most highly sought-after session musicians with a unique sound of his own which others wish to utilise for their own projects.

In 1993, Garson began a short-lived series of Screen Themes albums, jazz renditions of major themes and suites from film scores of 1993, and the following year, 1994. The latter album featured the recording debut of Jessica L. Tivens, at age 13, who had previously appeared on Star Search. Both albums were released by Discovery Records.

Garson worked with the reformed Spiders From Mars in 1975, alongside Mick Woodmansey, Trevor Bolder, Dave Black and Pete McDonald. They recorded just one album before going their separate ways.

He joined the Pumpkins for their Adore tour, playing piano, keyboards and synthesizer. His piano playing was an integral part of the Pumpkins' performance. After the tour, he joined Corgan on his solo effort?the soundtrack for the movie Stigmata. Garson did not perform the song "Le Deux Machina" on the Pumpkins' Machina II album, but did play on the corresponding piano section of "Glass and the Ghost Children" off of Machina/The Machines of God, which was actually excerpts of the version from The Friends and Enemies of Modern Music tape. Mike also played on Nine Inch Nails's album 'The Fragile' as well as with No Doubt and many other acts.

Recently Mike Garson appeared on Myspace with his own music site, and to date has released some 50 free tracks. He is currently working on 3 new albums as well as collaborating with several bands as touring player/session musician. His latest collaboration shows up on the last "met-on-Myspace" young french artist Kuta's album: "A Home" . Garson also contributed to and received co writing credit on the track "Something Unseen" by Athens, GA power pop band Chris McKay & the Critical Darlings. He has also been collaborating with the Norwegian band Sleepyard.

The Bowie Variations For Piano

Homage to My Heroes