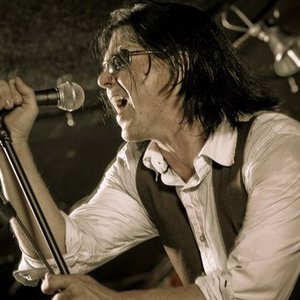 In 2007, when Mike Farris debuted his critically acclaimed Salvation in Lights, people who'd never heard of the former Screamin' Cheetah Wheelie's frontman, music business people and retailers who thought they'd "heard it all and seen it all," stood with mouths agape, eyes like saucers, aghast at how that sound, that soul, could come from such an unlikely source. In the two years since Salvation In Lights, Farris' live performances across the country, including Bonnaroo, SXSW...

Truth be told, that gift, that kind of soul bearing authenticity where the singer becomes one with the song, is the result of a hard-fought fight. Like many of Farris' own musical heroes, from Son House, Pop Staples, and Mahalia Jackson to Coltrane, Cash and Cooke, to Jimmie Rodgers, Louis Armstrong and the brothers Vaughn (for whom Farris did a stint in Double Trouble) this southern-bred rock-n-soul'er has fought his share of personal demons, emerging from the shadows with a new song.

Only this time around, the song itself is ancient. A marriage of traditional black gospel, 70s Stax soul and southern blues, Farris is even stronger than revealed on his 2003 solo debut, Goodnight Sun. His undeniable voice, his skillful arrangements and perhaps most of all, the joy and passion with which he delivers both, breathe new life into long-forgotten spirituals and vintage-y originals, excavating priceless treasures.

"It's music with dirt on its feet and sweat on its back," says Farris. "Weathered by the elements. Its flames have been calling to people for ages now, way before I picked up on it. It's in our genetic makeup. It pumps through our veins. It's simple and straightforward. That's one reason why, especially in times like these, we need it. This old music draws us in and warms us up like nothing else."

This music, like Farris himself, is artistic resurrection personified. Full on. Drenched in sweat, his soul afire, his back bent, his voice patina'd by grit and grace. His fists punching in time with the rolling bass. The McCrary sisters echoing back the joyful, mournful sounds of a man working out his own salvation. Just like you and me.

Mike Farris' latest release, SHOUT! Live, a rollicking live recording captured at the legendary Station Inn is a snapshot of what he brings to the live music world. To quote Mike "it's like being strapped to the front of a freight train" and there's no stopping it.

Shine For All The People