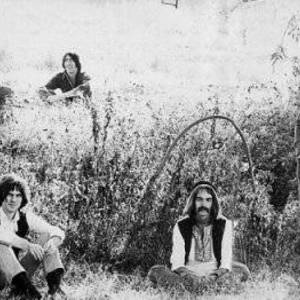 Mighty Baby were formed in 1968 from the ashes of The Action. They released two albums, Mighty Baby (which appeared in December 1969, but had been recorded a year earlier) and Jug Of Love (October 1971). Their debut, a dense collection of psychedelic rock, appeared on the tiny Head label in the UK, and on Chess in the US. Over the course of 1970 several members of the band became Muslims (adherents of the Sufi order), and their second album reflected the spiritual journey they had embarked on, sounding little like its predecessor.

It is now regarded as one of the best albums of its time, with especially notable guitar parts from Martin Stone.

As well as gigging regularly together, the band also played many sessions for others, including Robin Scott ("Woman From the Warm Grass"), Andy Roberts, Keith Christmas ("Stimulus" and "Fable Of The Wings"), Shelagh McDonald, Sandy Denny, Gary Farr ("Take Something with You", "Strange Fruit") and John Martyn ("Bless the Weather")

members of Mighty Baby later played in The Habibiyya

A Jug of Love