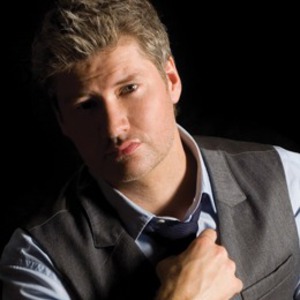 Michael Lington has demonstrated his contemporary saxophone chops with a steady stream of chart-toppers since his debut album in 1997. His CD, Stay with Me, yielded three Radio & Records national jazz hits with ?Show Me? at # 2; ?Two of a Kind? at # 2; and ?Pacifica? at # 6. Stay With Me also remained on the Billboard contemporary jazz chart for a total of 24 weeks. ?Twice In a Lifetime? and ?Sunset? from Vivid; and ?Still Thinking of You? from Lington's Everything Must Change all went Top 5 as well.

His duet with Bobby Caldwell on ?Tell It Like It Is? from his self-titled debut, ascended both the jazz and adult contemporary charts.

Now Michael is back with A SONG FOR YOU, his second Rendezvous recording. In collaboration with Rendezvous , Grammy nominated arranger and composer Randy Waldman and Grammy winning Engineer Woody Woodruff, Michael assembled a collection of new standards that range from the album's first single, ?It's Too Late? and ?You've Got a Friend,? both by Carole King; to a dimensional ?Fragile? by Sting. Joni Mitchell's ?Both Sides Now? is given an expansive, but respectful new spin; while Michael Frank's ?Tell Me All About It? is a playfully laidback interplay, featuring guest and Rendezvous co-founder Dave Koz, with Brazilian sensibilities.

A defining characteristic of all of the album's 11 tracks are unexpected shifts in mood and instrumentation that flow organically in and out of each other. Paul Simon's ?Still Crazy After All These Years? features romantic strings and sultry sax. ?Nobody Does it Better? by Marvin Hamlisch, is a more restrained and romantic Gospel flavor that builds to a no-holds-barred conclusion. Randy Waldman's keyboards, and the All-Star ensemble featuring Vinnie Colauita, Brian Bromberg, Dean Parks, Luis Conte, and a top Los Angeles session orchestra, season each song to perfection.

The album also features ?A Song for You,? penned by rocker Leon Russell, ?She's Always A Woman?, by Billy Joel and ?Sorry Seems to Be the Hardest Word?, by songwriting greats Elton John and Bernie Taupin. With his instrumental versatility, Michael also plays clarinet on the intro to ?Sorry Seems to Be the Hardest Word?, an instrument that he studied classically for eight years prior to him picking up the sax at age 15.

Leaning strongly toward the pop side of jazz, with classical, Brazilian, Latin, and gospel shadings, Lington plays a distinctive contemporary saxophone. ?It's the kind of record that inspired me from the very beginning. The songs on this CD are the core of what has driven me to become a musician,? says Michael. ?I wanted to go back in time, to when music had a strong emotional impact on people and songs really mattered -- but to do it with a new twist.

Michael explains, ?With this album, I really wanted to focus on the underappreciated, or underexposed standards of tomorrow -- mainly songs from the '70s that have been rarely covered in a jazz instrumental format.? He continues, ?what I had in mind during the entire process, was to create a classic album, with a timeless feel that is as current today as it is 40 years from now.?

Growing up in a suburb of Copenhagen, Denmark, Michael Lington is the grandson of Otto Lington, a jazz pioneer in their tiny country, and bandleader for Shirley Bassey, Josephine Baker and Fats Waller, amongst many others. As a childhood fan of musicians like Vinnie Colaiuta, Dean Parks and Randy Waldman, Michael would replay his vinyl jazz recordings again and again, reflecting on the memories of his grandfather's era.

Little did Michael know, that someday, his name would be nestled in the notes next to those of his childhood heroes in an album of contemporary classics. The rich legacy of his grandfather's jazz connection, his classical training, and a stint of touring in Europe, led him to the U.S. in 1990, and at 21, he began performing with Little Richard , Gary ?U.S.? Bonds and Randy Crawford. He also landed a four year gig touring with singer Bobby Caldwell , joining the list of imminent sax players associated with the singer, including Rendezvous co-founder Dave Koz, Richard Elliot and Boney James.

It was through this collaboration, that Michael landed his recording contract, which leads to present, and his new CD, in which there is an organic synergy between Lington, the songs, and arrangements, that lifts Song for You into the realm of the truly unforgettable.

Michael believes covering songs that have deeply impacted listeners is far more demanding than recording his own material. ?People feel strongly about these songs. It's important for me to keep the integrity of the song, yet make it my own, so I'm not just repeating what's been done before. If you improvise too much, you lose your audience, but if you play it straight up and down, it's not very interesting?it's a fine line between staying true to the melody, and yet making each song interesting instrumentally.?

Lington has been a global touring presence for the past several years, and plans to continue with A Song for You. In between his ongoing performances -- i.e. performing at the Royal Wedding of Denmark's future king, Crown Prince Frederick -- and recordings, Lington proves to be a giving performer by lending his artistry to the Mr. Holland's Opus Foundation, which raises funds for children's music programs and provides instruments to public schools all over the U.S. Michael participates in Create Now, where he mentors troubled teens in Los Angeles and Acre's of Love, a non-profit organization that provides comprehensive services; and ?Forever? homes for abandoned and AIDS children in South Africa.

The U.S. based, Danish-born Lington loves classic beauty and expression whether it comes in the form of a song, his vintage European automobiles, underwater landscapes, a child's smile, or open sky viewed from behind the instrument panel of a helicopter.

A Song for You is undoubtedly a significant step in Lington's ever-ascending career, and an invitation for everyone to dream.

Alone Together (The Duets)

A Song For You