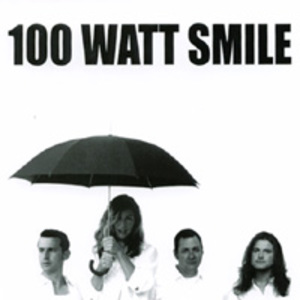 Artists I Need To Get To Know, Discovery, Leiwand - Frontline, Leiwand4u Fm, Norcal, Woman Singers I Like

New Hampshire, 1989. There was a bonfire in the snow, steamed mussels, fried chicken, a bunch of stir-crazy writers, and a football. Jonathan Richman singing through the trailer windows. Harry Belafonte. Mussel shells flew. Chicken bones flew. The football. A little dancing. Then, before the spring thaw, for one reason and another, four of the writers?three guys and a girl?taped together coffee cans, dusted off Dad's ukelele, Dad's guitar, resurrected a violin, and started a band. Time flew. The songs told stories: death, sex, food, love.

New Hampshire, 1994. A back porch this time, closer to town. Another guy says to the girl, "So what's next?" It was time for "what's next." Time had flown. "I'll be the drummer," he said. Okay, yes. Back to San Francisco. Burritos, work, burritos, work, more work, a concept of a rock orchestra unfolding. The songs still tell stories, but there's electricity now, drums and amplifiers, harder edges and sharper hooks. A couple of demos... but the girl and the drummer still need the right players. Back in New Hampshire, a baker/bass player rides the pipeline to Seattle and drops through the back door to San Francisco: a perfect fit. One day, the drummer is building a kitchen in a post-house in downtown San Francisco. A guitar player from Detroit is running the console in the studio across the hall. Burritos for lunch. Talk flew. They all play: the fourth and final perfect fit. The rock orchestra is a rock band now. Another rock band. Death, sex, food, love. Time flies. They make a record: And Reason Flew.

Carrie Bradley writes the lyrics and plays guitar and violin. With Ed's Redeeming Qualities, she recorded and toured, including shows with Robyn Hitchcock, The Throwing Muses, Jonathan Richman, King Missile, Cake, and Yo La Tengo. She also played with San Francisco alternative country band The Buckets, and has recorded and toured with the Breeders. Influences include Beethoven, Leonard Bernstein, David Byrne, Tom Waits, Styx, Queen, and the Beach Boys.

Michael Hart plays the drums and build kitchens and stuff. He's played and toured extensively with many other bands and projects but prefers to keep the details quiet. Influences include Led Zeppelin, Fleetwood Mac, and Cheap Trick.

Scott Greiner plays guitar and does all the recording and mixing for the band, as well as reigning as Producer guru. Along with other formative banding experiences, he recorded and performed with Liz Phair during his Chicago years. Influences include Led Zeppelin, XTC, and Jellyfish.

Scott Houston plays the basses he sort of makes. Sort of a baker, he switched to braille sign-making to pay the rent. A few New Hampshire bands checker his past. Influences include The Beatles, Minutemen, Richard Thompson, and Stevie Wonder.

100 Watt Smile plays regularly in the Bay area; recent venues include Bottom of the Hill, Kilowatt, Slim's, Hotel Utah, and Great American Music Hall. They opened recently for Bettie Serveert in San Francisco and Los Angeles. They are happy to present And Reason Flew, their debut full-length record set for release in Europe on April 13 on Trocadero Records. They were on tour in Germany and the UK this May.