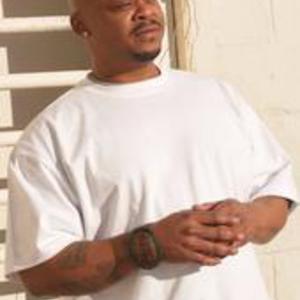 MC Breed (Born Eric Breed) (June 12, 1971 - November 22, 2008) was a rapper from Flint, Michigan, USA. Eric, along with a few junior high, high school and neighborhood friends, formed KIDD BLAST and THE TASK FORCE, who had a local hit in 1988. After Kidd Blast signed to Florida label Suntown Records, he reconnected with friends from home and put together MC BREED and DFC, a revolving cast of friends, DJs, singers and producers, and was quickly signed to Power/Swamp Dogg.

Somewhere in the midst of recording the first album, the original group disbanded over the discovery that Breed was the only member of the DFC that was actually signed to the label. As a result, the original demos were never quite finished, and 11 songs were quickly culled to make the album "MC BREED and DFC". Released in early 1991, the first single "Ain't No Future In Yo Frontin'" (the title of which was taken from a Geto Boys adlib from the "Grip It (On That Other Level)" album) caught fire nationwide, combining the lyricism of the East Coast and the laidback mannerism of the West Coast. Breed quickly came home and reconstituted the DFC and headed out on tour with Ice Cube, Digital Underground (which, at that time, had a just-signed MC named Tupac Shakur), Naughty By Nature and Yo-Yo in mid-1991. The album, "MC BREED and DFC", released at the beginning of the summer of 1991, went gold, as did the single "Ain't No Future In Yo Frontin'", which also stayed in the Billboard Top 50 for the better part of 6 months, longer than any hip hop record up to that point. The reconstituted DFC broke up after the conclusion of the tour, and Breed's brother Alpha Breed and cousin T Double E (an uncredited writer on "Ain't No Future...") became the DFC in 1992 and was later signed to Assault/Atlantic. Breed released 8 more albums on Ichiban before the label folded in 1999.

Breed was THE first rapper from the mid-west to break into national and international markets. He worked together with rappers such as 2Pac, Too Short (appearing on 2 of his solo albums and one of his Dangerous Music projects), The D.O.C., Hurricane (of The Beastie Boys) and with producers such as Jazze Pha, Warren G, Colin Wolfe, Erotic D, Ant Banks, Proof of rap group D12 and Esham The Unholy. His highest charting album, "Funkafied", features George Clinton on two tracks, lyrics co-written by The D.O.C. and production by Warren G. and Colin Wolfe (of Bell Biv Devoe fame). He also was a featured artist on George Clinton's 1993 hit "Paint The White House Black" (one of his lines from "Ain't No Future In Yo Frontin'" was the impetus of that song). He not only put the Midwest hip-hop scene on the map, but he also wore his hometown of Flint, MI on his arm, his back and his heart.

Cause Of Death: Passed away in his sleep as a result of kidney failure. Breed was already on the waiting list for an organ donor after having succumbed to kidney failure earlier that year while playing a game of basketball. He had just finished the final track for his new album with 2Pac's Outlawz and went back to his home in Ypsilanti to rest at the time of his kidney failure. Then-Flint mayor Don Williamson declared Dec. 2, 2008 "MC BREED DAY" and he was posthumously awarded the key to the city. The plans to release his final album are at this time incomplete.