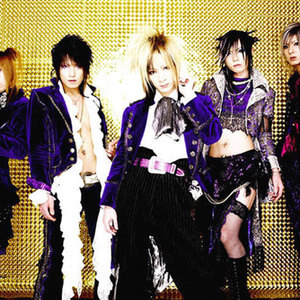 
2: Mask is also a side project for the Mercury award winning Drum n Bass DJ and Producer/Artist Roni Size.It was under this alias he released the seminal tracks 'Square Off' and with Gang Related (DJ Krust)'dictation' along with many other anthemic 12"'s on the label Dope Dragon recordings.Dope Dragon also included other artists from the bristol based full cycle collective.There were numerous collaboration's and solo works,the other original recording artists were: Swabe(DJ Die)and Bigga Star (DJ Suv).Release's were mainly around the era 1995 - 1998 culminating with the release of the compilation album 'Wayz Of The Dragon'.The label has seen a resurgence of activity in recent years with a 2005 remix of 'Square Off' and with DJ Clipz joining the collective as 'Kilo'.

5: Mask were a Turkish pop-rock band of the 90's. It has been founded by Cem Canbay in 1994. They have only issued one album, Kap?lar Ard?nda in 1995. The music and lyrics were all written by Cem Canbay. Other members of the band were: Ebru Kalaba?, Ahmet G?ven? and Demirhan Baylan. They described their music as "Words and melodies on a voyage". The lyrics involved political criticism and observations of daily life. After this one and the only album the band dissolved in 1996.

6: Sometime spelled Ma5k, the alter-ego of an electro/pop/club French artist highly influenced by Danger. His debut EP entitled 'The other side' is released April 12, 2010 on So French Records.