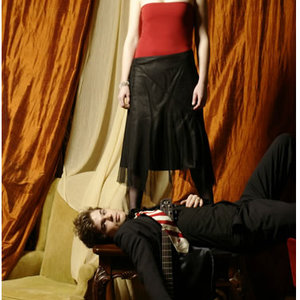 Pop folk music with searing female vocals, Martha's Trouble has been compared to the Cranberries, Cowboy Junkies, Natalie Merchant, Dar Williams, and Alanis Morissette. The husband-wife duo first hit the Houston music scene in 1994 and has been gaining momentum ever since, touring Canada and the southeastern U.S. With seven albums, an inspiring list of awards (including Americana Album of the Year at the 2005 Just Plain Folks Awards), sales to Hollywood, and an evolving sound, this duo carries a sizeable and ever-increasing fan club.

Radio airtime and a nonstop tour schedule has put Martha's Trouble in the spotlight in recent years; its 2007 release, Forget October, reached number 3 on XM Radio. Besides the angelic vocals, the band might be best known for its upbeat tunes juxtaposed with soul-searching lyrics?a combination that leaves listeners inspired.