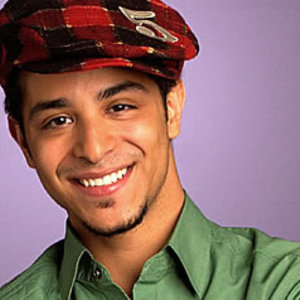 Mario Adri?n V?zquez (born June 15, 1977) is a Puerto Rican-American singer from The Bronx, New York, U.S. He competed on American Idol's fourth season, which aired on the FOX network in early 2005. Vasquez is a former student of La Guardia High School of Performing Arts. He was also involved in the City Kids Repertoire Company in New York City, which enabled him to travel the country and perform in front of the President and at major charitable functions and shelters.

Vasquez is a former student of La Guardia High School of Performing Arts. He was also involved in the City Kids Repertoire Company in New York City, which enabled him to travel the country and perform in front of the President and at major charitable functions and shelters.

After making it into the final round of twelve contestants Vazquez suddenly dropped out of the competition for "family reasons" a few days before the finals started. When the press contacted his mother regarding his decision, she wasn't aware that he had made it to the finals. Vazquez was replaced by Nikko Smith who had previously been voted out.

Some believed that Vazquez quit the show in order to avoid the highly restrictive contracts that the final twelve must sign. Some speculate he quit realizing he was not the viewer favorite the producers had planned for him to be. Vazquez, however, appeared the next morning on "Good Day New York" on WNYW FOX5, and squashed rumors of a feud with "American Idol" producers or any of his competitors. "American Idol was only positive. They were only wonderful to me, from the beginning through the middle, to the end," he told the show. "It had nothing to do with the contract or anything signed with J Records." J Records is the same company that manages Idol winners Ruben Studdard and Fantasia Barrino.

His first single "Gallery" written by Ne-Yo who also co-produced the vocals on the track, was one of the most added records at Rhythm radio stations across the country its first week out. The track was sent out to Top 40 radio on April 17, 2006 and was made available through all digital retailers as a single release on May 2, 2006. Both English and Spanglish versions of "Gallery" are currently on radio and are released digitally.

In August of 2005, it was reported that Vazquez had signed with record executive Clive Davis and Davis' Arista Records Vazquez's first album is due out in summer 2006. Vazquez's manager is Arnold Steifel, of Rod Stewart fame. He is also reportedly set to work with Houston rapper Mike Jones. Other co-producers were to include Ne-Yo, Soulshock and Karlin, Lester Mendez, Scott Storch, and Luny Tunes. Many of these artists' songs with Vasquez did not make the final cut on his album. Vazquez's self-titled album was released September 26, 2006 by Arista Records. Later that year, Vazquez performed on the Cartoon Network Friday block on August 25, 2006. A second single "One Shot" was released to radio in February 2007 after 10 months of relying only on the first single to promote the album. It began receiving moderate airplay and by early March was hovering around #58 on Mediabase 24/7's CHR/Pop chart. Vasquez would be ultimately dropped from Arista Records in early 2008. Vazquez has not been heard from since 2007, and his website was shut down shortly after being dropped by his label.