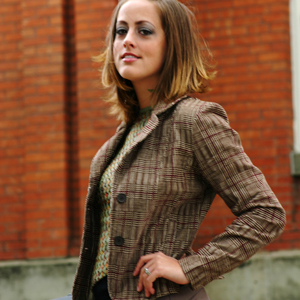 Maren Ord was born and grew up in Edmonton, Alberta, the eighth of ten children in a Latter-day Saint household. She grew up in a musical family; her father was a professor of music, her mother taught voice and piano, and the family toured and performed as the Ord Family Singers. Maren sang, learned piano from her mother, and would teach herself guitar at age 15. At a 1998 audition for Lilith Fair, Ord met Canadian music impresario Terry McBride of the Vancouver-based record label and management company Nettwerk.

At a 1998 audition for Lilith Fair, Ord met Canadian music impresario Terry McBride of the Vancouver-based record label and management company Nettwerk. She would be showcased at the music festival, and eventually take McBride as her manager.

In 1999, after her sister told her about a talent contest from Edmonton contemporary hit radio radio station Power 92; Maren entered four songs she had written that night, and two of them?"Eternity" and "Falling Slowly"?were recorded on the station's compilation CD, Power Picks Volume II.

The Nettwerk years and Waiting
Waiting, released to different markets between 2000 and 2002.

Once signed with McBride and Nettwerk, Ord continued to perform and record and embarked on years of progressive promotion, including use of her songs on several episodes of the American television series Felicity and her performance of the theme song to the 2000 motion picture Thomas and the Magic Railroad. Her debut album, Waiting, was produced by Stephen Hague and recorded in London, England and New York City.

On November 7, 2000, Highway Records released a special edition of Waiting to a Christian, predominantly Mormon, bookstore market; this edition featured a bonus track that would not appear on the general public release. Nettwerk's record company released Waiting in Canada on February 20, 2001.

While Ord was nominated for a Juno Award for Best New Artist, and her singles "Sarah" and "Perfect" were successful on Canadian radio, an anticipated U.S. and international release with Capitol/EMI in summer 2001 did not come through, and Nettwerk itself, not a major record label outside of Canada, released Waiting quietly in the United States on August 27, 2002.

A second beginning and Not Today
Not Today, released in 2004.

Ord parted ways with McBride and Nettwerk to join Gary McDonald at the boutique Managment firm Frontside, and looked for another mass-market record company, but continued to work with Highway and its focus on the Mormon market for the September 28, 2004 release of her sophomore album, Not Today. Canadian music legend Randy Bachman (The Guess Who, Bachman-Turner Overdrive), also a Latter-day Saint, collaborated as co-writer, guitarist and producer for the album, which they recorded at Bachman's studio on Saltspring Island in British Columbia.

She performed in two Mormon-themed movies: singing on the soundtrack of the 2002 romantic comedy The Singles Ward, and acting, as Sariah Phelps, in the 2003 family comedy The R.M. (or The Returned Missionary).

Over the sophomore hump with album number three Pretty Things

With the release of "Pretty Things" on November 21st, 2006 Ord enters yet another phase of her career, an acoustic one. "Pretty Things" marks the beginning of Ord's production career as she co-produced the entire record herself at a studio in Orem, Utah. The sound is simpler, quieter and more reminiscent of Jack Johnson than Avril Lavigne (whom she's been compared to previously). It saw a world-wide digital release through platforms like iTunes on October 10th, 2006 and was met with mostly favorable reviews from her fans.