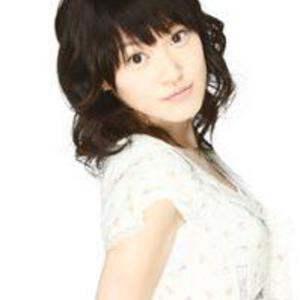 1)MAKO signals the re-emergence of Declan O'Shea and Christian Montagne, both former members of acclaimed band Cyclefly, onto the music scene. During their time with the alternative rock band Cyclefly, Declan (vox) and Christian (bass guitar) toured throughout America and Europe with bands such as Linkin Park, Tool, Live, and Bush. The band also garnered places on the ?Best New Artist' lists of NME, Rock Sound, and Kerrang!. For the past two years Declan, a singer-songwriter from East Cork, and Christian, a songwriter-guitarist from Antibes, have concentrated all their energies on MAKO.

While their new project retains the slightly edgy alt-rock sound that gathered so many fans for Cyclefly, it also possesses a more mellow maturity reflecting Declan and Christian's growth as songwriters and musicians. Declan's voice, which has been compared to people such as Bowie, Richard Butler (Psychedelic furs), and Annie Lennox, permeates MAKO'S unforgettable lyrics in a charismatic and evocative manner. For the recording of their debut album, the band returned to Christian's native Antibes on the C?te D'Azur. Mako flawlessly encapsulates the musical development of the two artists who have combined Raw talent with past experience .
Eleanor Neff


2) Taking its name from the roving short-fin sea predator, MAKO has cast upon Boston shores after conquering the Hudson Valley, performing with the likes of Thurston Moore and Japanther. With a sound that draws from Scott Walker to the Smiths to Led Zeppelin (minus the Wolfmothered overhype) Mako's thick riff-heavy indie rock is augmented by the hauntingly long voice of vocalist Hunter McClamrock, at once equal parts Brett Anderson and Adam Ant, delivering a sound that glides effortlessly through the modern rock ocean. Shallow-water guitar shine and deep lyrical introspection add up to one of the city's more unexpected arrivals. Sharks patrol these waters, indeed.

4) MAKO is a member of BON BON BLANCO (full name Mako Sakurai) and sang the opening theme for the anime Kami-sama wa Chuugakusei/KamiChu!.

5) Maki is a singer that often features in some I've Sound albums, although not permanently contracted to them.

6) Mako is a screamo band from Oklahoma City. They are 1337 skramz and base their entire band off of Final Fantasy. Rumor has it that one of them has never played any of the Final Fantasy games, though. Sellouts.

7) MAKO is an eclectic producer from the UK, currently based in Manchester. He is involved in a number of collaborative projects.

8) Mako is a solo artist and the ex-vocalist of Deadman.