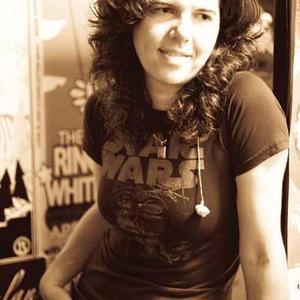 In 2005, Maia Sharp achieved a lifelong ambition, when Bonnie Raitt invited her to open for and perform with her on the road. Now it's your turn: If you're hoping to hear music that will mirror, touch and maybe change your life, that dream comes true with Echo. Produced by studio legend Don Was, Sharp's new album heralds her ascension into the spotlight after being embraced by Raitt, Carole King, the Dixie Chicks, Art Garfunkel, Keb' Mo', Terri Clark, Trisha Yearwood and many others who have recorded her songs and treasured her talent.

Now it's your turn: If you're hoping to hear music that will mirror, touch and maybe change your life, that dream comes true with Echo.

Produced by studio legend Don Was, Sharp's new album heralds her ascension into the spotlight after being embraced by Raitt, Carole King, the Dixie Chicks, Art Garfunkel, Keb' Mo', Terri Clark, Trisha Yearwood and many others who have recorded her songs and treasured her talent.

From this point, the secret is out and Sharp stands on her own ? a uniquely gifted singer, writer and multi-instrumentalist, whose peers are the most discerning artists in the business but whose music on Echo reaches out toward the wider world.

Her way with a melody, her sophisticated chord movements, the twist and flow of her lyrics all testify to a writing technique that's equal to the best in the business. But what makes Echo triumphant is how all of these attributes serve the greater goal of stirring emotions.

To get to the point of creating and delivering songs like "Polite Society," a raunchy anthem that might have sprung from some communion between Carole King and Neil Young, or the bleak yet tender character study of "John Q. Lonely," or the wry ironies woven through the wordplay of "Whole Flat World," or the restless introspection of "Where Do I Begin," or especially the stark candor of "The Girl on Her Way," Sharp draws from both a musically rich upbringing and her emotional and intellectual engagement with the perplexities of life.

"Echo is the first album I've ever done where there's truth in every single song," Sharp says. "I know it sounds cheesy, but whether I knew it or not, truth always found a way into them. Sometimes I was halfway through writing a song before I realized that something I thought was just a nice opening line or a hook in the chorus was actually about something that had absolutely happened to me."

Sharp started early on the journey that led ultimately to Echo. She hadn't yet hit her teens when she was already on the road to mastering piano, guitar and saxophone. Following the example of her father, Randy Sharp, a respected songwriter, she performed original material in local clubs, kept her ears open not only to contemporary folk and rock but also to jazz and classical elements. She won significant critical notice and radio airplay with her albums, Hardly Glamour (Ark 21), 2002's self titled Maia Sharp (Concord) 2005's Fine Upstanding Citizen (KOCH) and in that same year Sharp was one third of the exquisite collaboration with Art Garfunkel and Buddy Mondlock on Everything Waits to Be Noticed (EMI/Manhattan).

2005 was also the year Sharp's path toward Echo opened unexpectedly. It began when Raitt released Souls Alike, with three Sharp songs in the lineup including the single "I Don't Want Anything To Change." That album also featured Sharp's backup on those and several other tracks, which led to her joining Raitt on tour. The experience inspired Sharp to challenge herself even further by limiting her next string of gigs as well as her EP, Eve and the Red Delicious, to a minimal presentation: just her, bassist Darren Embry, and a growing body of songs, speaking eloquently on their own.

Much of this time was spent on the road or writing in Los Angeles, Nashville or Austin. But Sharp happened to be in Hollywood one night when a message from Raitt flashed on her phone. "She said, 'I'm in a studio on Sunset Boulevard. I don't even know if you're in town, but I need a high harmony. Where are you?' Well, I was on Sunset just down the street and I'd just finished this ridiculously big meal," Sharp said, laughing. "It was the worst possible time for me to sing ? but this was Bonnie calling, so what am I going to do?"

She arrived and nailed the part. Just as important, she met Don Was, who was overseeing the session. They hit it off and Sharp agreed to take part in a series of upcoming sessions he was conducting and posting on the newly launched website, MyDamnChannel.com. The catch: Each of these had to be done in one day; two songs recorded and mixed starting at noon and when midnight hit, everything stopped and the results, no matter how rough, were posted online.

"It scared the hell out of me," Sharp admits. "I'd never worked like that before. But Don creates such a relaxed yet productive environment and, of course, he gets incredible sounds in the studio so I had to give it a shot."

By the time they'd finished, both were very happy with what they had. They'd gotten on well personally and professionally. So well that not long after that they were together again, working on what would become Echo.

They'd gotten a head start with "Polite Society," which was cut at the MyDamnChannel session. They'd also developed a brisk collaborative rhythm, capturing the moment, leaving room for spontaneity to run its course. Surrounded by an A-team of studio legends like Jim Keltner on drums and Don himself lending his bass chops on many tracks as well as her co-writers and others who had played on her demos, Sharp found the elegance and the grit, the poetry and ? that word again ? the truth seeded into her songs.

Echo, her latest album, is a collection of those truths and a thorough representation of who Maia Sharp is today. "These songs were written over a period of three years," she sums up. "I wrote a lot of other songs during that same time, but these felt especially right for me and cohesive with each other. There's a common thread of flaw and imperfection recognition and then celebration. Perfection is highly overrated and, I'm betting, pretty boring. It took me a while to get here but I'm okay that I'm not perfect."

That is the appeal, and the accomplishment, of Echo ? a score for life as we all live it.

Dreams Of The San Joaquin (With Friends)

Eve and the Red Delicious