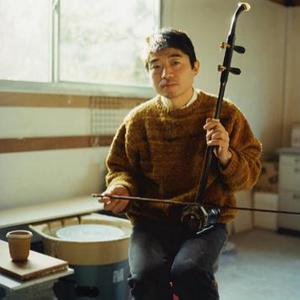 Maher Shalal Hash Baz is the artistic alter ego of Tori Kudo (????), a Japanese naivist composer and musician. The name is taken from Maher-shalal-hash-baz in the Book of Isaiah, and translates roughly as "Hurrying to the spoil, he has made haste to the plunder." Tori Kudo has been cagey about details of his life before MSHB. He was once a member of a shadowy, revolutionary political party in Japan, although he has dissociated himself from politics since becoming a Jehovah's Witness. He also works as a ceramicist.

Tori Kudo has been cagey about details of his life before MSHB. He was once a member of a shadowy, revolutionary political party in Japan, although he has dissociated himself from politics since becoming a Jehovah's Witness. He also works as a ceramicist.

He claims to have played classical and jazz piano, as well as playing organ in a Protestant church. His other musical influences included T. Rex and saxophonist Steve Lacy. He and his wife Reiko Kudo joined a band called Worst Noise when they moved to Tokyo; other members dropped out, leaving Tori and Reiko as a duo, known simply as Noise. Under this name they released an album called Emperor.

The impetus for Maher Shalal Hash Baz came when Tori met euphonium player Hiroo Nakazaki on a building site, and found that they shared an interest in the music of Mayo Thompson and Syd Barrett. Apart from the core trio (Tori on guitar and vocals, Reiko as vocalist, Hiroo with his trusty euphonium), the lineup has always been fluid.

After a couple of self-released cassette albums, the Japanese Org label released Maher Goes To Gothic Country (1991) and the 83-track box set Return Visit To Rock Mass (1996). The group's profile outside Japan became much higher when Stephen McRobbie of The Pastels signed them to his Geographic label. They have released two albums on Geographic: the compilation From a Summer to Another Summer (An Egypt To Another Egypt) (2000) and the 41-track Blues du Jour (2003); plus a number of EPs on various labels, including Souvenir De Mauve (Majikick, 1999), Maher on Water (Geographic, 2002), Faux Depart (Yik Yak, 2003) and Live Aoiheya January 2003 (Chapter Music, 2005).

Tori Kudo has resisted defining the sound of his band, although in an interview with Tim Footman in Careless Talk Costs Lives magazine (August 2002) he declared "I am punk." There are also elements of folk, psychedelia and free jazz; the band's tendency to ask members of the audience to join in adds a sense of danger in live performance. Perhaps the best description comes from his own sleeve notes to From A Summer To Another Summer: "Error in performance dominates MSHB cassette which is like our imperfect life."

From A Summer To Another Summer