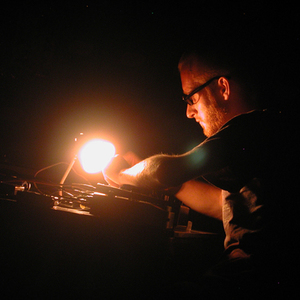 Rutger Zuydervelt was born on 28 July 1978 in Apeldoorn (The Netherlands), but now resides in Rotterdam, Netherlands. He started working as Machinefabriek in 2004. The name (meaning ?machine factory') was on the fa?ade of a building Rutger passed everytime he went shopping for groceries. Except for a few piano and guitar lessons when he was young, Rutger didn't study music. Instead, he graduated as a graphic designer. The sleeves of his releases are practically always designer by Rutger himself, being a crucial part of the music.

Machinefabriek's music combines elements of ambient, modern classical, minimalism, drone and field recordings. His pieces unfold as ?films without image', with a sharp ear for detail. After releasing a series of self released CD-Rs, the official debut, ?Marijn', was issued by Lampse in 2006. Since then a solid stream of singles and albums was released on labels like Type, 12K, Spekk, Dekorder, Digitalis, Experimedia and Staalplaat.

Rutger also works with various visual artists. He scored music for dance pieces, films, video installations and sculptures. These cross-disciplinary collaborations are something Machinefabriek will focuss on more and more.

Tapes Of The Day (Live)

Stay Tuned At Aka Gallery (Live)

Signals (With Minus Pilots)