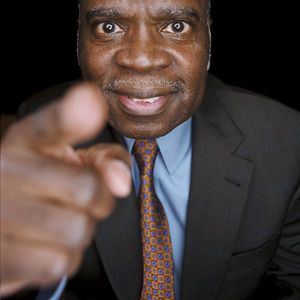 *Maceo Parkerreleased his solo album as Maceo ------ *Often times called the new Motown of the South, the city of Atlanta has played an instrumental role in igniting today's southern rap explosion. Making party people move their feet for almost two decades with booty shake anthems from pioneers like DJ Smurf, Tag Team, and Success-N-Effect, the A-town has produced their own batch of underground kings as well as platinum-backed chart toppers like Outkast, Lil Jon and Ludacris.

*Often times called the new Motown of the South, the city of Atlanta has played an instrumental role in igniting today's southern rap explosion. Making party people move their feet for almost two decades with booty shake anthems from pioneers like DJ Smurf, Tag Team, and Success-N-Effect, the A-town has produced their own batch of underground kings as well as platinum-backed chart toppers like Outkast, Lil Jon and Ludacris.

Following in the same footsteps of his homegrown heroes is 21-year-old newcomer Maceo. Already have sizzled down south clubs and radio with his rowdy, angst-filled single ?Hoe Sit Down,? the gravel-voiced game spitter has quickly made a regional name for himself. Geared up to set his own mark in the rap world with heavy radio play for the riot-inciting single, the emerging emcee proves that he is definitely on the fast track to superstardom with the independent release of his Quick Flip Records debut Straight Out The Pot, which has current Sound Scans of 29,000.

Clearly defining his lyrical prowess on the backbreaking second single Outta Here, Maceo perfectly melds complex street commentary with thunderous 808 drums and snares. He puts chumps to shame while solidifying his own mainstay status in the rap game. And on the semi-autobiographical testament ?The Struggle,? the chameleon-like rapper switches styles once again to gaze at the man in the mirror. Weaving sincere sentiments atop soulful, mid-tempo production, Maceo shares his experiences from surviving the trap to trapping in the vocal booth.

?But I describe it like T.I., Jadakiss and Jay-Z how I come off the mind. I got a crunk side, but all of it is mixed. I give a little bit of everything,? tells Maceo.

Born the fourth of six children, Maceo was reared in eastside Atlanta's Zone 6 (Kirkwood). Caught up dead in the middle of his family tree, he was raised by an older brother. Still just a baby himself, the young man with the wisdom of an old soul had two younger siblings to bring up himself. Because his pops was a no-show and his mother was battling a crack addiction, the youngsters were forced to fend for themselves and rarely saw either of their parents.

?We really raised ourselves. My momma smoked, and my daddy did whatever he did,? he remembers. ?My brother Mario was the backbone of the family. My momma straight now. That was back then. She was smoking in the 90s. I was 10. It was 10 years ago.?

But trouble always seems to follow the ghetto youth. After picking up the pieces and attempting to patch up their lives, the family was dealt another staggering setback. Both of Maceo brothers were indicted for drug trafficking and sentenced to five years in prison. With his eyes squarely fixated on his goals of taking over rap, he never let his bleak situation overpower him.

People go through shit like that everyday. Its plenty more people like me that's been through the same thing,? he says. ?I just tried to come up out of it. I'm blessed with the talent to do something else besides messing up.?
The talent was first tapped just three years ago when Quick Flip CEO Fatts heard the juvenile rhyme slinger freestyle with friends. Impressed by Maceo's impromptu performance on the mic, Fatts suggested that he take his craft more seriously and pursue a rap career. After months of convincing, the teenage verbal titan finally decided to give it a go.

Since then, he has been killing the streets with three underground projects?Bussin on Them Vol. 1 and Vol. 2, and DJ Burn One's Street Certified. He has performed in various venues across the Midwest and Southern region. He has interview articles in several magazines. He has won an award for the single ?Hoe Sit Down.? All of this without every being on television and that is only the beginning. ?Everybody gets their chance. I'm trying to capitalize to the fullest extent, Maceo expresses. ?I have been through so much shit. I look at it like success must have been meant.? True Indeed.

For All The King's Men