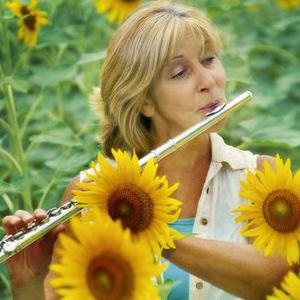 Ali Ryerson has a background in both classical and jazz flute, as well as being an instructor. She has performed and toured worldwide with a wide range of artists including Billy Taylor, Kenny Barron, Stephane Grappelli, Frank Wess, Red Rodney, Laurindo Almeida, Art Farmer, Maxine Sullivan, Roy Haynes, and (as principal flutist with the Monterey Bay Symphony) with Luciano Pavarotti. She has also released numerous albums under her own name, as well as duo recordings with noted guitarist Joe Beck.

Jammin' At The Jazz Corner

In Her Own Sweet Way