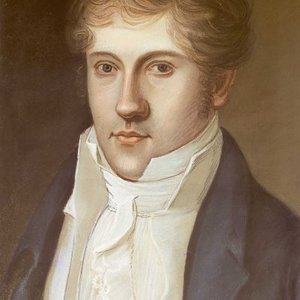 Louis Spohr (April 5, 1784 ? October 22, 1859) was a German composer, violinist and conductor. Born Ludwig Spohr, he is usually known by the French form of his name outside Germany. Spohr was born in Braunschweig in the Duchy of Brunswick-L?neburg to Karl Heinrich Spohr and Juliane Ernestine Luise Henke and throughout his childhood showed talent for the violin. He joined the ducal orchestra at the age of 15.

Spohr was born in Braunschweig in the Duchy of Brunswick-L?neburg to Karl Heinrich Spohr and Juliane Ernestine Luise Henke and throughout his childhood showed talent for the violin. He joined the ducal orchestra at the age of 15. Three years later he was sent, with the Duke of Brunswick's support, on a year-long study tour to St Petersburg with the virtuoso violinist Franz Anton Eck. Spohr's first notable compositions, including his First Violin Concerto, date from this time. After his return home, the Duke granted him leave to make a concert tour of North Germany. A concert in Leipzig in December 1804 brought the influential music critic Friedrich Rochlitz "to his knees", not only because of Spohr's playing but also because of his compositions. This concert brought the young man overnight fame in the whole German-speaking world.

In 1805, Spohr got a job as concertmaster at the court of Gotha, where he stayed until 1812. There he met the 18-year-old harpist Dorette Scheidler, daughter of one of the court singers, and fell in love with her. They were married the next year. They performed successfully together as a violin and harp duo, touring in Italy (1816-1817), England (1820) and Paris (1821), but Dorette later abandoned her harpist's career and concentrated on raising their children. Her untimely death in 1834 brought him great sorrow.

Spohr later worked as conductor at the Theater an der Wien, Vienna (1813-1815), where he became friendly with Beethoven; subsequently he was opera director at Frankfurt (1817-1819) where he was able to stage his own operas ? the first of which, Faust, had been rejected in Vienna. Spohr's longest post, from 1822 until his death in Kassel, was as the director of music at the court of Kassel, a position offered him on the suggestion of Carl Maria von Weber. In Kassel on January 3, 1836, he married his second wife, the 29-year-old Marianne Pfeiffer. She survived him by many years, living until 1892.

Like Haydn, Mozart, Beethoven, and his own slightly older contemporary Johann Nepomuk Hummel, Spohr was an active Freemason.