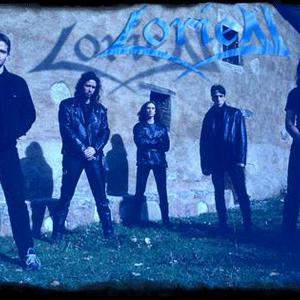 There are five artists using the name "Lorien". The first, is a metal band from Spain, formed in 1996. The band's musical style is often claimed to be "power metal" due to it's lyrics focusing mainly on items of the same nature as fantasy novels. The name, L?rien is one of the Valar in J.R.R. Tolkien's Silmarillion and also the name of the forest where Galadriel and Celeborn dwelt in J.R.R. Tolkien's Lord Of The Rings.

The first, is a metal band from Spain, formed in 1996. The band's musical style is often claimed to be "power metal" due to it's lyrics focusing mainly on items of the same nature as fantasy novels.

The band has released two albums so far, Secrets of the Elder, in 2002, and From the Forests to the Havens in 2005.

The second is an alternative indie band from Nashville, TN.

While it has been less then a year since the bands materialization, Nashville-natives Lorien have accomplished a great deal. The five individuals that comprise Lorien began experimenting in September of 2005. Pulling from bands like Muse, Radiohead, and Gatsbys American Dream, their apartment demos were encouraging. With their own unique blend of poetic, breathy vocals, epic classical piano, progressive rhythms, and melodic guitar work, Lorien quickly discovered they were making music that couldnt wait to be heard. October 10, 2005, only one month after playing together, Lorien performed their first show for over 2000 people. With initial exposure this high, Lorien set dates all over the southeast. The crowd response was unanimous; no one could get enough of Lorien! With hope, they set out to record an EP. Demos of Hail To The Queen, Seven Ways To Lie, and Comfortable [Praise The Stage] attracted the attention of young and talented engineer, Andy Hunt (Jars Of Clay, Buddy Guy, Smash Mouth). They began recording feverishly in the spring of 2006. It was at this same time that they received word of their being selected to compete in Cornerstone Festivals New Band Showcase. By way of highest number of fan votes, Lorien was named Grand Prize Winner! This honor entitled them to a main stage performance at Cornerstone Festival with mewithoutYou, Copeland, Anberlin, and David Crowder Band. Following their well-received performance at Cornerstone in July, Lorien put the finishing touches on their EP, titled The Ghost In The Parlor. In September of 2006 Lorien played their EP release concert at Nashville's RCKTWN for an elated crowd. In preparation for this larger-than-life performance, they crafted a stage show complete with a choir and string quartet, as well as complex percussion breakdowns involving nearly every member of the band. It is this interesting and exciting professionalism that has gained Lorien the respect of many appreciators of music, and has garnered them several counts of publishing and label interest. Lorien's full and unique sound has a relevant and important place in the chronology of popular music; it is one you will be hearing a whole lot more of in the very near future.

The third is an gothic band from Poland.
The band has released two albums: Lothlorien, in 1998, and Czarny Kwiat Lotosu in 2002.

This was taken from http://www.metal-archives.com

The fourth is an alternative Britpopband from Reykjavik, Iceland.

The fifth is a British progrock band. They released one album (Children's games) on the Dutch label Silly Insects (a sublabel of S.I. Music).

Lorien
Under The Waves (Instant Karma / Virgin)
By: Alex Routledge

Lorien were once billed as the new pretenders to the Coldplay throne although their debut album, Under The Waves is at times a little more adventurous than their guitar-led contemporaries. With a melancholic and balladeering album, at times bordering on the epic, their sound brushes with Muse, the Manics and other six-string songsmiths.

The band, recently championed in NME as "one of the bands you must hear in 2002", open with recent single Ghostlost, a memorable tune which starts with a surging blast of feedback-drenched electric piano, quickly seaming into standard downbeat rock fare. Lorien mix the soft verse/heavy chorus amid an angst-ridden musical backdrop with echoes of Radiohead and the late Jeff Buckley.

Track 2 is more upbeat, a lightly strummed acoustic guitar taking centre stage before a catchy, yet lyrically weak vocal line. The sound here is probably closest to Travis but sadly lacks direction and the magic of the preceding track fails to reemerge.

An opening riff not disimilar to Radiohead's No Surprises marks the beginning of the next track, the band's debut single, Shivering Sun. One of the album's better tracks, the tune blends acoustic guitar, a catchy chorus and downbeat rhythms.

All Time is the band's slight and brief departure into electronica as they experiment with distorted vocals, backwards organs and sensual xylophones. It's an admirable intro but unfortunately soon merges into similar territory as much of the LP begins to sound the same. The band's formula of acoustic guitar intros followed by touching, anthemic choruses does not always work in their favour.

The LP's second half starts in similar fashion, a quiet disparate intro followed by a guitar-led soundscape with falsetto vocals. Disappear, however, starts with melancholic piano, a slow ballad mixing with a whirling acoustic guitar as Lorien take their cue from Starsailor and Coldplay.

The band close with Holy Lights, a slow acoustic number, a heady blend of charming folk and traditional balladry. Unfortunately, it's not quite the memorable finale Lorien are aiming for as the track soon descends into a very lame acoustic ballad, lacking both direction and melody. Lorien's debut album is a mixed blessing really -- some great tracks, but sadly not enough variation to keep the attention. Although unlikely at the moment to challenge Coldplay in the "Guitar Pop" league, they have great potential and a little more style, which could take them a long way.

From The Forest To The Havens

Secrets Of The Elder