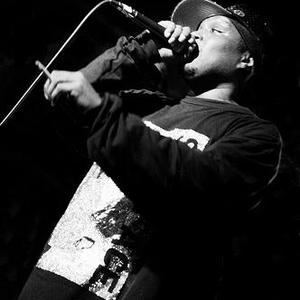 Lord Infamous (born Ricky Dunigan on November 17, 1975 in Memphis, Tennessee) was a member of the Memphis rap group Three 6 Mafia. He also goes by the aliases Scarecrow and Keyser S?ze. Lord Infamous has been a member since its inception in 1991 and has played a critical role in the underground success of the multi platinum-selling group. Best known for his often horrific, diabolical, violent lyrics and ability to rap in many different styles, Lord Infamous is arguably the main reason behind the "666" (Mark of the Beast) in the name "Triple 6 Mafia."

Lord Infamous set himself apart from the rest of the group by demonstrating his superb ability to tell horrifying stories, often mixed with a psychedelic verbiage, about his "psychopathic" tendencies. Lord can deliver his rhymes in many different styles: His tongue-twisting of the most complex rhymes can leave one mesmerized; his mellow and laid back tone is often euphoric; and his ability to change his voice to emulate an underworld creature is his method of getting you crunk. Without a doubt, his fans consider his lyrics as thought-provoking and much less materialistic.

Lord Infamous has been recording since the early 1990s with his brother and co-founder of Three 6 Mafia, DJ Paul. Together they have several underground tapes, including the two-part cult sensation Come With Me 2 Hell. His first solo album, Lord of Terror, was released locally as an underground tape in 1994. Some of Lord Infamous's greatest solo tracks include "Anyone Out There" (Chpt. 2: World Domination, 1997); "Where's da bud" (The End, 1997); "Triplesix Clubhouse" (Body Parts, 1998); "I'm Losing It" (CrazyNDaLazDayz, 1999); and "O.V." (Choices: The Album, 2001).

Although Three 6 Mafia constantly states that what they describe in their music is only entertainment, many people consider their music degenerate, glorifying sex, drugs, and violence.

Currently, Lord Infamous has been away from the spotlight Three 6 Mafia is enjoying lately, but has started his own label with II Tone, Black Rain Entertainment. He plans to release his long awaited solo album, The Man, The Myth, The Legacy, on October 23, 2007. It is uncertain when (or if) he will rejoin Three 6 Mafia. Since his departure, he has collaborated with former members Koopsta Knicca on the track "Authors of Authors" and Kingpin Skinny Pimp on the track "Wit It."

Lord Infamous lately has been working with HCP artist DJ Paul, he has collaborated with DJ Paul on the Scale-A-Ton album he promised that they will have some releases in the future...besides working with the HCP/three 6 mafia label, he has dropped a group compilation "After Sics" in 2008. He has also featured on the La Chat solo Hood Homegirl, and the prophet posse cd "Belly Of The Beast". For the year of 2009 Lord Infamous has done something he has never done with HCP and make a collabo album with the former artist T-Rock and II Tone the album they did is Blood Money

Anyone Out There (With C-Rock)