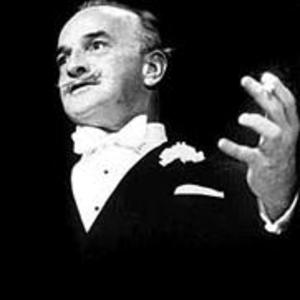 Buckley, an accomplished cultural assimilator, adopted for his hipsemantic persona the lingo of poor black Southerners, jazzy beatniks, and British aristocracy. He dressed exuberantly and sported a mustache in the style of Salvador Dal?. None of this was an act, because by all accounts he stayed in character off stage, "holding court" at his home (frequently in the nude) and dubbing all his friends and family with noble titles. His personal philosophy was one of love and respect for his fellow man, consistently reflected in his elaborate references to Christian brotherhood (e.

Beginning his show business career running dance marathons in the 1930s and vaudeville shows in the 1940s, during the 1950s Buckley was cast as a comedian, one of America's top hipsters, a "way-out" "swinger" enjoying cult status and respect from those who were exposed to his work. He died in 1960 at Columbus Hospital, probably from a stroke aggravated by malnutrition and a kidney ailment; various causes were reported at the time. His death has been often reported to relate to the seizure of his New York City Cabaret Card.

Occasionally performing to music and singing, he frequently punctuated his monologues with nonlinguistic vocal sounds. Most Buckley recordings are solo tours de force on themes of real gravity. His most enduring tracks are his retelling of historical or legendary events, most fictionalized to a certain degree, imbued with his scandalous and high-brow humor. Notable among these are the stories of Jesus ("The Nazz") Gandhi ("The Hip Gan"), the Marquis de Sade ("The Bad-Rapping of the Marquis de Sade, the King of Bad Cats"), among others. He also retold several classic documents such as a (relatively sober) Gettysburg Address and an (appropriately psychedelic) version of Edgar Allan Poe's "The Raven." In "Marc Antony's Funeral Oration", he recast Shakespeare's "Friends, Romans, countrymen, lend me your ears" as "Hipsters, flipsters and finger-poppin' daddies: knock me your lobes."

So You Thought Hip Was New Feb.12,1959 the Ivar Concert Lord Buckley