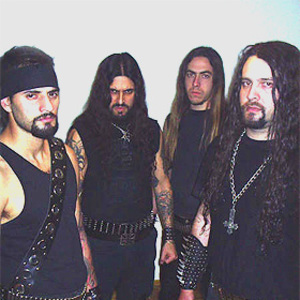 There are mutliple artists with this name: 1) Death Metal act from Stockholm, Sweden that had been active since 1990 when they split-up in 2000. This Lobotomy released following full-lengths: "Lobotomy" (Nov. 1995, Chaos Records), "Kill" (June 1997, No Fashion Records), "Born in Hell" (May 1999, No Fashion Records). Check out their website http://www.lobotomy.se for more info and free music downloads.

2) Death Metal band from Argentina, Buenos Aires. Known as Lobotomy till they changed their name to L6B6T6MY (this however stands for Lobotomy too). Under their new name they released one album - "Legions Of Beelzebub" - before disbanding after the death of frontman Pablo Brega.

For other bands sharing this name check out metal-archives.com

Against The Gods - Nailed In Misery