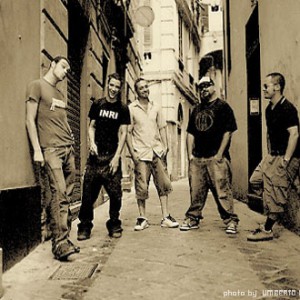 With the directness of the bus line they are named after, Linea 77 rocketed from their birthplace of Venaria (Torino) to become Italy's premier rock band, conquering not just Italy but all of Europe and indeed, practically the whole world along the way. Beginning in 1993 by covering songs by Rage Against the Machine and CCCP, the band toured constantly, which allowed them to cultivate a dedicated fan base, as well as develop their sound.

Based on the strength of their supremely dynamic live show, they appeared in front of 8000 people at the now defunct Beach Bum Festival in Jesolo within a year of their first raucous cry.