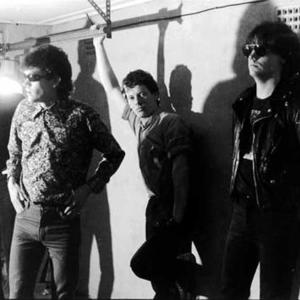 The Lime Spiders are an Australian band which play a hybrid of garage and psychedelic rock. Lead Singer Mick Blood formed the band in the early '80s with guitarist Gerard Corben, bassist Tony Bambach and drummer Ricky Lawson. The Spiders released their monumental single 'Slave Girl', on the Citadel label, in 1983. In the years to follow, the Spiders issued one amazing single after another: 25th Hour, Out of Control, Weirdo Libido, My Favourite Room, and Volatile. Slave Girl would go on to be one of the best selling independent singles of the 1980s.

In 1987 the band would release it's first full length album, the well received 'The Cave Comes Alive'. They would go on to release two more full length albums, 'Volatile' in 1988, and 'Beethoven's Fist' in 1990. The group disbanded after the release of 'Beethoven's Fist'. A box set entitled 'Nine Miles High', which highlighted the band's career, was released in 2002. They still play sporadically in 2007. In 2008, the Lime Spiders played three Christmas shows in Sydney. These performances saw the new face of Tom Corben, the son of Gerard, playing the drums in place of Richard Lawson.

Live At The Esplanade