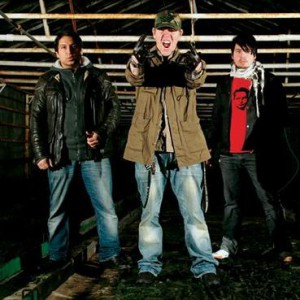 Lillasyster (Swedish for "Little sister") is a band, formed in G?teborg, Sweden in 2006. The band was created when Martin Westerstrand started to write songs in Swedish for the first time, since the chorus of ?Sug Min? with LOK was written the day before New Years' Eve of 2001. In the spring of 2006, he got enough and could not hold the words inside any longer. That's when the first song started to take shape.

Soon there was a bunch of songs that turned out to be straight forward, strange and good. Daniel Cordero from big brother LOK, plus Ian-Paolo Lira and Max Fl?vik from cousin Rallypack were soon a part of the band, and then they were four.

Now it was time. Now Lillasyster has woken and she isn't in a good fucking mood. No one has humiliated mainstream music like this, since big bro dirtied down the Scandinavian country. It won't be any better this time, and the music virus has been spread.
Hang on: now the ride starts.