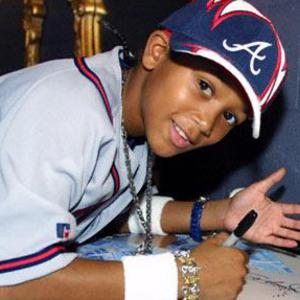 Percy Romeo Miller, Jr (born August 19, 1989) better known by his stage name Romeo (formerly Lil' Romeo), is an American rapper, actor, and basketball player. He is the son of rapper, producer and entertainment mogul Master P and nephew of C-Murder and Silkk The Shocker. He records southern rap hip-hop music on his father's Guttar Music label. He has so far released three studio albums and two compilation albums. His fifth album God's Gift was released on December 12, 2006.

He has also been awarded a full athletic scholarship to play basketball at the University of Southern California, starting with the 2008-2009 season.

Before Romeo became famous he was featured in some of his father's (Master P) early records. At the age of 11, he followed in his father's footsteps and became a rapper. He achieved success with Michael Jackson's record of the youngest person to get a number one with his first single "My Baby". His success came from his two early studio albums, mainly Game Time. He mentioned that he did the album all by himself, at his home studio, which was shown on the show MTV Cribs. Lil Romeo released a third album called Romeoland, with guest appearances from Nickolodean, Master P, and his new group, the Rich Boyz, but this didn't get as much attention as his previous two. He released two more unnoticed albums, Lottery and God's Gift in 2006.

Romeo opened a new recording label named Guttar Music. Romeo also appeared on most of his father's greatest hits, such as "I Need Dubs". He is in a rap group with his cousins and younger brother, Young V called "Rich Boyz". So far the Rich Boyz have released one studio album but the group appeared on most of the tracks on God's Gift. Since then, Romeo has been working on his new album, Gumbo Station. This will be his first studio album for three years and his first studio album to use the name Romeo. He mentioned on his myspace page that this is going to be his best album yet. Guests will include Master P and the Guttar Music Family and production by Dr. Dre. After the album has been released in 2007, Romeo will be concentrating more on his basketball than his music.

Romeo launched a new record label with his father Master P. The record label aims to release music without any explicit content, due to the fact that Master P and Romeo have agreed to stop explicit language in their music.