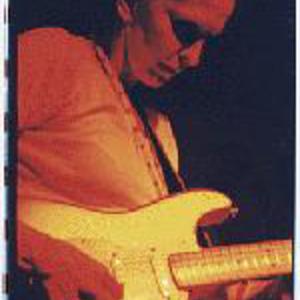 Leni Stern is in the 25th year of her career as a recording artist, and with her latest 2010 release ?Sa Belle Belle Ba? she continues to define herself as a genre-bending master guitarist and timely songwriter. Ms. Stern established her vocal and guitar abilities in jazz, rock, and folk while more recently drawing upon studies and collaborations from her international travels to such places as Kenya, India, Mali, Madagascar and Senegal.

Having been awarded the Gibson Guitar's Female Jazz Guitarist of the Year for five consecutive years, Ms. Stern has also been acknowledged for her songwriting talents by the International Songwriting Competition with 2009's Honorable Mention in the world music category.
In 2005 Ms. Stern traveled to northern Mali to participate in the Festival in the Desert. It was here that she was introduced to master musicians Bassekou Kouyate and his wife singer Ami Sacko who later joined Ms. Stern in an UNESCO Global Alliance project at Salif Keita's Bamako Studio, Moffou. Immediately falling in love with the music, the people and the country, Ms. Stern would return to Mali for the better part of two years, fully immersing herself in the griot tradition. Her 2007 EP ?Alu Maye?, 2007 full-length ?Africa?, and 2009 EP ?Spirit in the Water? feature the collaborations she established during her studies and explorations to West Africa.
Born in Munich, Germany Ms. Stern came to the States to attend Berklee College of Music where she studied film scoring and composition. It was there that she began to hone her guitar skills, ultimately moving to New York City to start her first band with Paul Motian and Bill Frisell. It was not long after that she established her own label Leni Stern Recordings, ensuring that she would retain full artistic control of her diverse projects.

Alu Maye (Have You Heard)

Finally The Rain Has Come