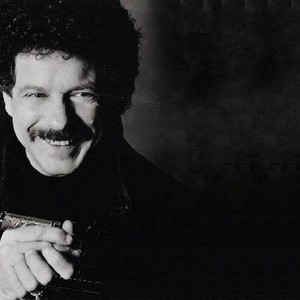 LEE OSKAR (1948.03.24/Copenhagen, Denmark - ) is a harmonica player born in Copenhagen, Denmark in 1948, Oskar was six years old when a family friend gave him his first harmonica. "Everyone in my neighborhood was playing one that year," he remembers. "The next year, the fad was the yo-yo, but I had fallen in love with the harmonica, and stuck with it." He grew up listening to Danish radio, enjoying all types of music and cites Ray Charles as the biggest influence from that period.

Oskar moved to the United States at the age of 18 with little more than a harmonica in his pocket. Arriving in Los Angeles, CA via a few other cities, Oskar soon met and joined forces with Eric Burdon who had recently disbanded the Animals and was searching for new collaborators. Together, the harp-playing Danish and the British blues-rock singer made the rounds of the L.A. clubs, eventually hooking up with the soon-to-be members of WAR.

Burdon agreed to the novel idea of pairing up Oskar's harmonica with Charles Miller's saxophone to form a horn section. This team-up set WAR apart from the start, giving Oskar room to display the full spectrum of his improvisational prowess.
Oskar's signature harp solos helped to define the WAR sound from the band's beginning in 1969, adding dashes of color to their R&B/Jazz/Rock and Latin influences.

Audiences have marveled at his improvisational wizardry, not to mention his animated stage presence. "My playing has become more aggressive over the years," he says. "In the beginning, my role was playing horn lines. Today, it's evolved to the point where I'm playing a lead instrument. If I'm not doing a solo, I'm playing counterlines - I try to paint within certain spaces in the music to help create the overall picture."

The eclectic, multicultural nature of WAR's music is also evident in Oskar's solo projects. Three stellar albums released between 1976 and 1981 (and recently rereleased on CD) brought critical and popular acclaim including being voted No. 1 Instrumental Artist of the Year for 1976 in not one, but three major industry mags: Billboard, Cashbox and Record World. The albums, like Oskar's electrifying live performances, show the diverse influences that make up this hard-to-categorize musical giant.

Oskar's harmonica magic was always a vital element in WAR's music and performances. Oskar continued with WAR for 24 years non-stop. At the end of 1993 he made the decision to end his association with that group in order to have the time to pursue his solo career.

Between recording, performing and running his immensely successful harmonica company, Lee Oskar is a very busy man. The Lee Oskar Harmonica was introduced in 1983 and this venture has consumed much of Oskar's time for the last decade. Today, his firm offers harmonicas in a variety of tunings, along with replacement reed plates, tool kits, instruction books, and other related products.

A renowned composer, his compositions have been featured on movie sound tracks and television commercials. He has been the recipient of many Gold and Platinum recordings and honored with special ASCAP Writing Awards.

The Best of Lee Oskar Vol. 1

The Best Of Lee Oskar

Live At The Pitt Inn

My Road Our Road (Vinyl)

Before The Rain (Vinyl)

The Best of Lee Oskar Vol. 2