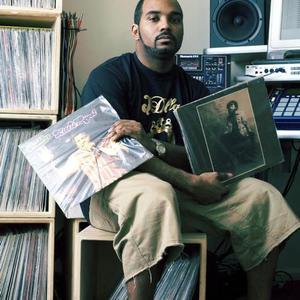 Large Professor (a.k.a. Large Pro or The Extra P), is a new york based hip-hop record producer and rapper. He is best known as a member of the influential early-90s underground hip-hop group Main Source, and for discovering immensely popular rapper Nas. Large Professor produced much of Nas' first album, Illmatic, which is considered one of the most important albums in hip-hop history. He hails from the borough of Queens, specifically the neighborhood of Flushing.

In 1995, Large was supposed to release his highly anticipated solo album The LP, but it was put on hold until 2003, when a website gave a copy of The LP with the purchase of his first solo hip hop album 1st Class. Although 1st Class did not receive mainstream acceptance, it gained favorable reviews by fans and critics. The album includes guest appearances by Nas, Busta Rhymes, and Q-Tip.

Large is a protege of legendary (now deceased) white hip-hop producer Paul C, with whom he credits for teaching him virtually everything he knows about record production, and the associated technology used for making music, samples, and 'beats'. Large's publishing company is named 'Paul Sea Productions' as a homage to his late mentor.