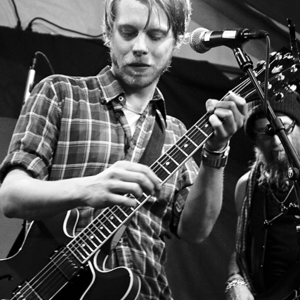 Kristofer ?str?m is a Singer/Songwriter from Lule?, Sweden. He has had an productive and eventful road so far, playing with some local punkbands in the end of the 80s and 10 long years with Fireside. When Fireside decided to take a break Kristofer felt like doing something with his time, so he started playing solo Indie/alternative folk music. He has recorded over 7 Albums and 3 EP's since 1998 backed by Hidden Truck. Hidden Truck: Peter Hermansson - Piano

The Story Of A Heart's Decay

An Introduction To CD2

An Introduction To CD1

From Eagle To Sparrow