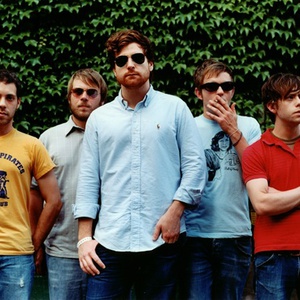 Koufax are a rock band whose members are from Detroit, Michigan and Toledo, Ohio. The band's self-titled debut EP was released in 1999 on independent label Doghouse Records, and got them noticed by The Get Up Kids, who signed them to their label, Vagrant Records subsidiary Heroes and Villains. After two records on Vagrant, Koufax re-signed with Doghouse and released a third LP, Hard Times are in Fashion, in 2005.

The band's 4th album "Strugglers" was released September 28, 2008 via Doghouse. The 11 song album was tracked in Eudora, Kansas by Nick Day at the Black Lodge and mixed by Michael Krassner in Phoenix, AZ.

The band has completed several national tours in the United States.