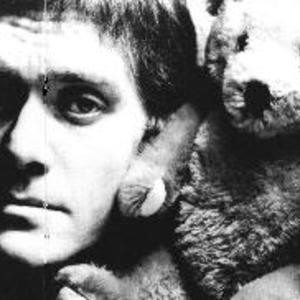 Kim Fowley (born 27 July 1939) is a male American record producer, impresario, songwriter and sometime recording artist. The son of Hollywood character actor Douglas Fowley ( Singin' In The Rain ), Kim's scattergun career in the music industry has been as varied and eccentric as it has been long. He has generally remained on the fringes of the mainstream industry, free to immerse himself in obscure and offbeat projects while occasionally stumbling on (and then happily milking) commercial success.

Of all his ventures, he is perhaps best known for being behind a string of novelty and/or cult rock 45s during the 1960s and for conceiving and managing girl punk group The Runaways in the 1970s.

During the 1960s in Los Angeles, Fowley produced and/or wrote hundreds of recordings with a wide range of acts and in a remarakably broad spectrum of styles - from bubblegum novelty rockers to girl group ditties, from folk and country to acid rock. While many attained a cult status over time, only a few achieved mainstream commercial success. His three biggest hits - all as producer - were "Alley Oop" by The Hollywood Argyles ( a US #1 in 1960); "Nut Rocker" by B.Bumble And The Stingers (a UK #1 in 1962); and "Popsicles And Icicles" by The Murmaids, a US #3 in 1963. The latter was written by a pre-Bread David Gates, then a jobbing musician and songwriter who had met Fowley while hitch-hiking in LA.

During the mid-60s Fowley relocated for a time to London where he worked and recorded with a surprising number of then-unknown acts who went on to become famous: Cat Stevens (Fowley co-wrote "Portobello Road", the B-side of Stevens' first single); an early incarnation of Slade known as the N'Betweens; Soft Machine (he produced their first single); and the Lancasters, an instrumental rock group featuring a young Ritchie Blackmore. He also helped Napoleon XIV record the 1966 novelty record "They're Coming to Take Me Away Ha-Haaa!", which was a hit in the UK but banned in the US. The B-side consisted of the A-side played backwards.

Fowley also worked as an occasional recording artist in the 1960's, issuing opportunistic flower-power albums such as Love Is Alive and Well. In 1965, he wrote and produced a song about the psychedelic experience, called "The Trip". Released as a single in June of that year, it was probably the first recorded rock song about LSD. Though largely ignored in the USA, it scored in Europe and oddly, was one of the first releases on Island Records. Other 45s by Fowley as a recording artist included the notorious, darkly comic "Animal Man" (1968).

In 1969 Fowley produced a critically acclaimed comeback album for Gene Vincent entitled I'm Back and I'm Proud. Fowley perhaps came closest to mainstream recognition (and chart success) during a period from 1969 to 1971, when he collaborated with his friend Skip Battin, then bass player for The Byrds, on a number of songs. Several appeared on the group's hit 1970 album, Untitled; one, from the 1971 LP Farther Along, was even released as a single: "America's Great National Pastime". The novelty-Americana slant of much of this material was not well-received, however.

Later he put together and managed the legendary female punk combo The Runaways, and co-wrote songs for acts like Kiss (King of The Nightime World), as well as a slew of diverse acts including Helen Reddy, Slade, Alice Cooper, Leon Russell and Kris Kristofferson. He also part-produced, with John Cale, the debut album by cult new-wavers the Modern Lovers featuring Jonathan Richman and Jerry Harrison.

His efforts as a solo artist since 1970 have sold poorly, but his albums of the 1970s era such as "I'm Bad" and "International Heroes" have been cited as an influence on punk rock. He has tended to keep a lower profile in the 1990s but once brought an as yet undiscovered act of young brothers called Hanson to showcase in a hotel lobby at Austin's SXSW festival.

Some of his New Wave styled recordings of the late 1970s have been cited as prefiguring the electroclash genre, and electroclash band Add N To (X) featured Fowley as a guest on their "Loud Like Nature" album.

He is featured in "Mayor of the Sunset Strip", a 2004 documentary about influential LA DJ Rodney Bingenheimer, in which Cherie Currie of the Runaways accuses him of being a misogynist. In the film "Edgeplay", a documentary about the Runaways, Fowley is accused by many interviewees of financial mismangement & sexual improprieties with the young bandmembers. There has also been considerable litigation between the ex-members of the Runaways and Fowley over various unsettled financial matters.

The early 1980s saw Fowley decamp to Australia and nurture power pop group The Innocents to an unyielding anti-pop Australian market despite proclaiming their brilliance.

Fowley currently lives in the high desert area outside Los Angeles, California and still works as a record producer for hire and occasional recording artist. He maintains a website proclaiming his hit making powers and in 2005 Fowley was recruited by Little Steven Van Zandt to join former Runaway and solo star Joan Jett, original Rolling Stones manager/producer Andrew Loog Oldham, humorist/producer Martin Lewis and others by hosting his own radio show on Van Zandt's Underground Garage radion channel heard throughout America on Sirius Satellite Radio. Fowley is presently heard every weekend on the channel - with a 4-hour show on Saturdays and Sundays.

Living In The Streets (Vinyl)

Animal God Of The Streets (Vinyl)