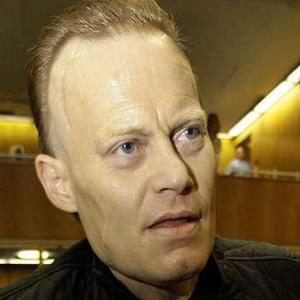 The biography of a music man? Motor-City-born and raised, Kevin Russell has mastered a unique blend of rock and soul - it's a Motor City thing! After moving to Hollywood in the 70's and formed the classic rock band 707. They scored rock radio classics and toured playing arenas. After calling 707 quits, Kevin joined forces with Bill Kreutzman and Brent Midland (of Grateful Dead fame) to form Kokomo. They played sold-out show after sold-out show all over the U.S. Next, Kevin got together with ex-Stray Cats, Slim Jim Phantom and Lee Rocker, along with David Bowie guitarist, Earl Slick.

The band scored an MTV, rotation favorite, "Men Without Shame". Kevin toured and recorded with the band, but left the group to join up with the band Taxxi. During this time, Kevin and Clarence "The Big Man" Clemons became friends in the Bay Area. Shortly thereafter, the two musical philanthropists put together a record and touring band and hit the road. as The Red Bank Rockers. Playing sell out shows across the U.S. these shows would often feature special guests like; Joe Walsh, Bruce "The Boss", Ringo, Jackson Brown, Jon Bon Jovi, Ritchie Sambora, Levon Helm,?to name a few. Good times and even better music!

A Tribute To Freddie King