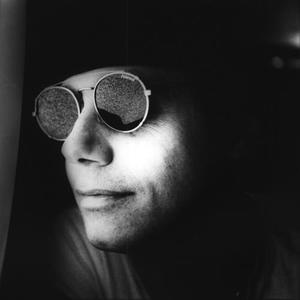 Keith LeBlanc started out as a session drummer with Sugarhill Records, early 1980's. He formed the Sugar Hill House Band with fellow Americans Doug Wimbish (bass) and Skip 'Little Axe' McDonald (guitar), working with leading rap artists as The Sugarhill Gang (Rapper's Delight) and Grandmaster Flash and Melle Mel on The Message and Freedom. From his own Malcolm X No Sell Out, the first ever sampling record...

From his own Malcolm X No Sell Out, the first ever sampling record, on Tommy Boy Records (1983) to his involvement in creating the sound of funk noise giants Tackhead with Wimbish, McDonald and British dub producer Adrian Sherwood, he has gained recognition as one of the top and most innovative drummers/programmers around.

His landmark album Major Malfunction (considered to be the first Tackhead recording, although credited to LeBlanc solo) was of great influence to a whole generation of musicians. The album, a reaction to the 1986 disaster with space shuttle Challenger, started off a whole new genre of industrial music.

Apart from his work as member of the legendary On-U Sound posse, Keith LeBlanc has continued to experiment with new sounds using his own Blanc Records as a base from which to release pioneering albums and push musical boundaries even further. Apart from that he made a whole shelf full of sampling CDs with loads of drum samples and sound effects, free for anyone to use.

His writing and production skills have attracted the likes of Living Colour, Peter Gabriel, The Cure, Ministry, and Nine Inch Nails. As a drummer/programmer he has worked with everyone from James Brown to Trevor Horn, Seal to R.E.M., The Rolling Stones, Annie Lennox, Jalal (Last Poets), The Stone Roses, Robert Palmer and Bomb The Bass. He also produced Charles & Eddie's hit record Would I Lie To You, along with Tim Simenon of Bomb The Bass.