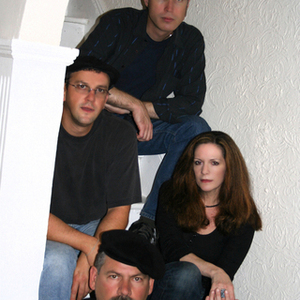 Kathy Fleischmann is the songwriter and lead vocalist/rhythm guitarist. Before moving back to NY, she spent 10 years performing in South Florida earning accolades including voted Best Acoustic Artist by Broward County's City Link Magazine and Miami New Times Best Acoustic Act. She also performed twice in the prestigious annual Riverwalk Blues Festival and The South Florida Folk Festival. In addition to this, she has also showcased at The Philadelphia Music Conference, N.X.N.E in Toronto, NEMO in Boston and has performed at the prestigious Bluebird Caf? in Nashville and the now defunct CBGB's.

She has released four solo CD's and has had her music featured in two indie films. Her songs receive airplay on local NY stations, college, and internet radio across the country, and she has been interviewed and performed live on BBC1 in the U.K. She regularly plays in venues on both Long Island and NYC and has been voted the Queen of the Long Island Music Scene for two years in a row by local music paper, Aural Fix.

Lead guitarist and back-up vocalist Kevin McLeod has been a working musician for many years, playing and writing rock, jazz, and acoustic music in both solo and band projects. He has released two well-received full length CD's and two CD singles - all of which received international airplay. Kevin has also performed at such legendary venues as CBGB's, The Alphabet Lounge and The Living Room. He is a founding member of NYC jazz group True To Life, which released two recordings and was voted one of the 12 best ?unsigned' bands by Musician Magazine in the 1990's. In addition to playing in The Kathy Fleischmann Band, Kevin currently performs as a solo artist.

Inspired by his Father who played guitar with performers such as Louis Prima, bass player Tommy Demeco's career has included playing both bass and lead guitar for The Great Atlantic Blues Band and was the founder of "Rockett 88" who opened for national acts such as Greg Allman, Roy Buchanan, and Stevie Ray Vaughan. He also formed Blues Shadow; a band featuring blues great Victoria Neville.

Drummer Marco Conelli has spent most of his music career being the front person of his own original projects. The Marco Conelli Complex achieved a significant amount of success, releasing two well received CD's; 1995's ?Expectations and Dismay? and ?Songs from Forgotten Children? in 1999. Both garnered international airplay ranging from Radio 1 BBC in the UK to ZEDD FM in Australia. Back in the states; ?Here Comes Janine Again? was in regular rotation on LI stations, including WLIR and the band opened for national acts at that time including, The Fixx and Missing Persons. Marco went solo after the Complex and released two CD's, ?Measuring the Walls? and ?Sitting in Snow?.

The Kathy Fleischmann Band is currently performing in Long Island/Queens the NY area at venues including The National Underground, The Underscore and The Alphabet Lounge. They have just released, ?The Second Took Even Longer?, their first full length CD with 10 original songs that is currently receiving airplay on WHPC-FM (Nassau Community College's radio station), Radio Aria in France, Off the Chart Radio in UK and Vancouver's LG73.