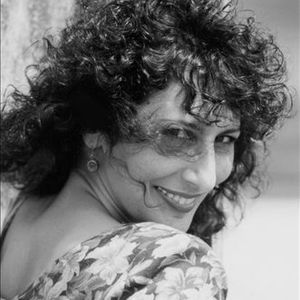 Karen Shane emerged into the world of jazz in 1998 where she is finally "at home." Her debut CD entitled "It's Anybody's Spring" combines a great blend of the old and the new, with a mix from swing to ballad to Bossa Nova. Born in Cleveland, Ohio, Shane comes from a very musical family. Her father was a performer in musical theater and sang in barbershop quartets. It was through his love of harmony singing that Shane developed her keen sense of music.

Born in Cleveland, Ohio, Shane comes from a very musical family. Her father was a performer in musical theater and sang in barbershop quartets. It was through his love of harmony singing that Shane developed her keen sense of music. Her Aunt was a classical singer with the Cleveland Orchestra Chorus and the Robert Shaw Chorale; her grandmother, a mandolin player of 40 years, taught Shane foundations of rhythm; and her cousin, Ruth Wallis, the well-known risqu? singer from the 50's and 60's, passed down to Shane that style and professionalism which has become so synonymous with Shane's performance.

In addition to her family, Ms. Shane also attributes her jazz singing influences to Carmen McRae, Ella Fitzgerald, Rosemary Clooney and Mel Torm?, as well as the music of Duke Ellington and Quincy Jones, just to name a few.

Ms. Shane's professional musical background began in high school when she sang in a rock 'n roll band alongside singer/songwriter Eric Carmen. This led her to Los Angeles and New York where she worked as a studio singer and also as a second engineer at A&M Studios. From 1983 to 1987, Ms. Shane toured with American Ballet Theatre, performing in such places as The Metropolitan Opera House, The Kennedy Center and theaters in Japan. She also gained significant recognition performing principal roles in musicals such as "Pirates of Penzance" and "Grand Night for Singing," but her real passion has always been to sing jazz.

It's Anybody's Spring has already received significant acclaim in the music industry.

Alan Paul of The Manhattan Transfer has this to say: "Karen Shane has been blessed with a vocal richness that many vocalists have to study years to attain. She interprets a song with style, depth and heart. It's Anybody's Spring is a great debut."

The CD also contains one of Shane's original songs, "Be True To Your Heart." Backed by an all-star group, featuring Rick DellaRatta on piano, Harvie Swartz on bass, Victor Jones on drums, and Billy Ross on tenor sax and flute, provides a rich background to this wonderful collection of songs.

With the release of, It's Anybody's Spring, Karen Shane is now devoting her time to doing what she does best, singing. In jazz clubs and concert halls in the US and abroad, Karen Shane is making her mark as one of the brightest new voices in vocal jazz.