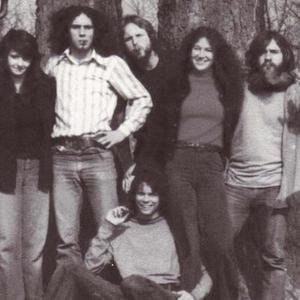 Personnel: Terry Swope Guitar, Lead Vocals Paul Grigsby Bass, Vocals Jeff Littrell Drums "SOME OF THE MOST BRILLIANT AND DISTURBED GUITAR PLAYING ON RECORD..." JPT Scare Band has been blazing psychedelic trails for quite some time now. Over the years and decades they have managed to progress from totally unknown to painfully obscure. In spite of all that... they are still together, with the original lineup intact.

"SOME OF THE MOST BRILLIANT AND DISTURBED GUITAR PLAYING ON RECORD..."

JPT Scare Band has been blazing psychedelic trails for quite some time now. Over the years and decades they have managed to progress from totally unknown to painfully obscure. In spite of all that... they are still together, with the original lineup intact. Still making meaningful music in the 21st century, this veteran group of jammers is also proud of their vast legacy of classic twisted insanity recorded back in olden analogue times.

Here and there, in odd corners of the world, growing numbers of those who love the old school guitar crazy heavy rock have somehow become aware of the existence of JPT. The band was featured in an article in the March 2007 issue of Classic Rock Magazine titled, "Lost Pioneers of Heavy Metal" in which they were included in the same exalted company with Iron Butterfly, Bloodrock and Leafhound. Although they have never really considered themselves to be a heavy metal band, they will take any positive publicity that the cosmic universe chooses to serve them.

Their Past Is Prologue CD is still in print and is available at CD Baby and Amazon.com. For any visitors from Europe, JCR Music News in Paris can fix you right up. You can also download JPT Scare Band tunes and albums to your iPod from iTunes.com.

The band has recently released an album of all new original material titled Jamm Vapour. There are a few tunes from the new CD up on this site. Ramona, "Jello Jamm," and "Right Mind" are featured tracks from Jamm Vapour.

"They laid this thing down live and dangerous in the basement, and while their sound might not be as dark and volatile as it once was, they've clearly still got the fire. The JPT modus operandi is pretty straightforward: write a really cool ?70s-style rock song and jam it out to wring the maximum amount of music and excitement out of it. Take it up, take it down, drop out, drop in, and sprinkle liberally with Terry Swope's mad-as-a-hatter guitar work. The really joyous thing about the whole enterprise is how it so obviously comes naturally to them. Unlike so many '70s-themed projects nowadays, these guys are the real deal."

Review of previous album, Past Is Prologue, from Tangerine Magazine (Glenn Tillman)

"Listening to this CD, you can't help but wonder why Terry Swope isn't revered with the same kind of awe and worship as Jimi Hendrix, Robin Trower, Alvin Lee, and the rest of the 60's/70's guitar gods. Their music is psychedelic/stoner/bluesrock ecstasy. An outstanding rhythm section, emotive vocals, and a one in a million guitarist make the JPT Scare Band the best new ?old? band of the year."

"Not for the weak, I almost think that this should have been packaged with a warning label: THIS ALBUM MAY CAUSE SERIOUS MUSCLE STRAIN DUE TO UNCONTROLLABLE FITS OF AIR GUITAR. USE WITH CAUTION. If history had unfolded differently, or had they hooked up with a proper label at the time, there would undoubtedly be another guitar hero honored in the Rock & Roll Hall of Fame."