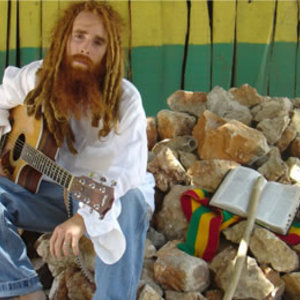 As a youth Joseph Israel found substantial comfort in the music of Bob Marley & other reggae greats. Joseph spent his teenage years studying the Bible & reasoning with many rasta elders on his many trips to Jamica. Learning guitar from and living with Earl China Smith, Joseph was blessed with a great understanding with truth and rights music. Communicating through his songs the hope and the message of the scriptures, Josephs music is an uplifting experience. He returned to Jamaica to produce what many are calling a Master Piece album.

The production took place in Kingston at Jamaica's top studios. These studios included Tuff Gong (Bob Marleys studio), Big Yard (Shaggys studio), Buss Out Studios (Chris Meredith's studio), and Bobby Digitals studio. Once again Joseph was recording with Jamaica's .. 1 musicians which included Chris Meredith on Bass, Earl Chinna Smith (Melchezidic the High Priest) on lead guitar, Dean Fraiser on sax, Ian Beezy Coleman on rhythm guitar, Wilburn Squidley Cole on drums, Paul Scooby Smith on keys, Bubbler, and Paul Wrong Move Crossdale on piano. Also included in this line up are, the harmony vocals of Erica Newell and Rochelle Bradshaw. This culmination of musicians, are comprised of Ziggy Marley and Lucianos bands. They have united together to form the Jerusalem Band for this new CD entitled Gone are the Days. The music and lyrics of this CD reflect Israel's deep-rooted knowledge of the Bible.
As the CD was being built, excitement could be felt all around. A high point for Joseph was working with Luciano on the hit single Ruff Times. This single exploded onto the scene receiving enormous airplay in Jamaica, America, and Europe. In August of 2004, Luciano invited Joseph to join the U.S. tour promoting his new album Serious Times.
After the tour Israel returned to Jamaica to further promote the Ruff Times single and his soon to be released album. The official single launch was held December 9th at Hope Gardens in Kingston, Jamaica. It was well attended by the press (both journalist and radio djs) and a roaring audience.
Word is spreading of this Israelite youth from the U.S. whose music and prophetic message are an inspiration to all. Israel has received many different offers to perform at shows and festivals all over Jamaica. Joseph has performed all over the Island but his biggest appearance was when he joined the stage with Luciano who headlined Rebel Salute (the biggest roots and culture show in Jamaica).
In the summer of 2005, Joseph Israel joined again with Jah Messenjah Productions and the world-famous Luciano for the Jah Words Tour. The tour spanned from coast to coast and touched many reggae hot spots like Sierra Nevada World Music Festival, House of Blues San Diego, and B.B. Kings Blues Club in New York. In 2006 he performed his new song 'Away with This', he co-wrote with Matisyahu joining them on stage at various shows on there spring "Youth" tour.

Gone Are The Days