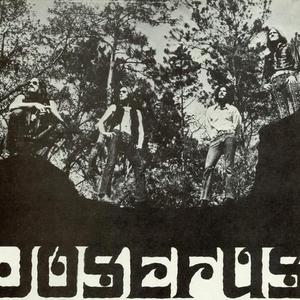 A Texas band who came from the burgeoning Houston scene in the late 60's. The members came together (in some form or the other) while still in high school. After making a name locally, signed to a record deal and recorded album that was released as a single under the name "Come" in 1969. Later signed to another company and put out 'Dead Man' album in 1970. Garnered a large cult following and live dates helped make them a regional success.

Along with bands like 13th Floor Elevators, Bubble Puppy, early ZZ Top, etc. Josefus had a hard rock-psych, sort of heavy metal sound. The group recorded another album that was a dissapointment to the band and then disbanded by the end of 1970.


The (original) band was together only one and a half years, but their music has been reissued several times over the years in both bootleg and various authorized versions.

Get Off My Case