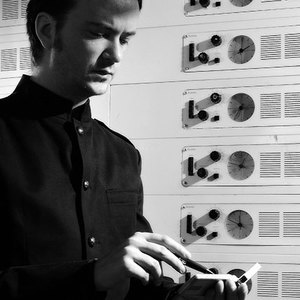 Jori Hulkkonen (born 28 September 1973) hails from the northern town of Kemi, Finland. Raised up around the Arctic Circle, below freezing point and under the influence of a coctail of synthpop and early electro, house and techno handily available from the Swedish radio, Jori quickly developed a taste, and more importantly, a passion for electronic music. With no musical education or any backround in playing any instruments Jori started to experiment with electronics in 1988 and soon became addicted to making music.

After running his own label Lumi Records with likeminded friends (Tuomas Salmela, Jukka Hautam?ki and Ari Ruokamo) in the early 90's, he then released some raw jacking Chicago oriented tracks on labels such as the Italian ACV and Swedish Cari Lekebusch's Hybrid before signing an artist contract with Laurent Garnier's legendary F communications imprint, and releasing his debut album Selk?saari Tracks in 1996.

Aside from his increasingly versatile, more listening oriented album releases under his real name on F communications, Jori has had a habit of releasing more DJ-friendly music under dozens of various pseudonyms on labels such as Vinyl Piece, Get Physical Music, Turbo, S?hk?/Keys Of Life, Dessous, Stickman and Rekids just to name a few. Jori is also known to collaborate on frequent basis with fellow-Finn Tuomas Salmela, when they are known as Step Time Orchestra, DisCemi, or Fancy Robots for example.

One pseudonym/collaboration in 2001, namely as Zyntherius with a certain Tiga on DJ Hell's Gigolo imprint resulted the quarter of a million selling Sunglasses At Night, a version of Corey Hart's 1980s hit, including a Top Of The Pops performance.

Jori is also known as a very busy remixer. Remodelling tracks since the mid 90's for artists such as The Presets, Goldfrapp, Chromeo, Robyn, M83, Cabaret Voltaire or Jos? Gonzales (who returned the remix favour by doing a vocal on Jori's 2005 album Dualizm) has kept him in demand whenever a floor oriented re-vamp has been needed. He has worked on remixes to Telepopmusik's second single Love Can Damage Your Health.

And then there's also the DJ-persona who has travelled around the world on all continents for over a decade bringing the latest, rarest and classic (or soon to be) jams for the dancing audiences in all the quality clubs and festivals. Jori also holds a slot on the national radio YleX in Finland since 1998 where he plays a selection of what's in his recordbox.

2008 looks like yet another busy year for the man DJ mag dubbed as "the most underrated producer in the world": already out is his ninth artist album, Errare Machinale Est (F communications/Pias), his most ambitious yet. Featuring vocals from artists as diverse as John Foxx (of Ultravox -fame), Jimi Tenor, Ernesto and Justine Electra, it combines many aspects of Jori's current musical interests from downtempo singer-sonwriter stuff to uptempo abstract avantgarde synthpop. In addition, he's working on a dancefloor targeted album for the Canadian label Turbo, this time under his Fenno-Baron guise.

Oh But I Am