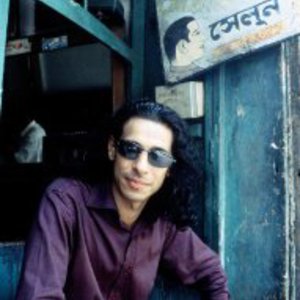 There are at least 3 artists that perform under the name Joi: 1. An american Funk/Soul/Rock singer, songwriter and producer known for her pioneering efforts in the new wave of modern soul and funk music emerging in the early ?90s. 2. A British/Bangladeshi group that mixes South Asian rhythms with high-tech dance grooves. 3. A New Jack Swing female quintet. 1. Joi is a native Nashvillian, based in Atlanta for the past 17 years and is the daughter of American football star Joe Gilliam, the NFL's first black quarterback.

1. An american Funk/Soul/Rock singer, songwriter and producer known for her pioneering efforts in the new wave of modern soul and funk music emerging in the early ?90s.
2. A British/Bangladeshi group that mixes South Asian rhythms with high-tech dance grooves.
3. A New Jack Swing female quintet.

1. Joi is a native Nashvillian, based in Atlanta for the past 17 years and is the daughter of American football star Joe Gilliam, the NFL's first black quarterback. Becoming an instant force on the artistic music scene, well established superstars Madonna and Lenny Kravitz were inspired and influenced by Joi's debut album, The Pendulum Vibe. Joi also has the distinction of being one of the first African American print models for Calvin Klein's classic fragrance, CK One. Having worked with a delectable assortment of artists (Fishbone, George Clinton, OutKast, Raphael Saadiq, Robbie Williams, Queen Latifah, Erykah Badu, Joss Stone, Tricky, Dallas Austin) over the years, Joi continues to be one of the most versatile and inventive artists around, performing regularly all over the world. She has 4 solo albums to her credit.

When her first single, "Sunshine and the Rain", off her critically acclaimed, Dallas Austin produced debut album The Pendulum Vibe, came out in 1993, she garnered comparisons with Madonna, and in fact Madonna liked the album enough that she went on to hire Austin to produce her Bedtime Stories album. Her song "Freedom" from the Pendulum Vibe album, was rerecorded with an all-star cast of female singers including Aaliyah, Mary J. Blige, En Vogue, Michelle N'degleocello, TLC, Queen Latifah, Vanessa Williams, SWV, Brownstone and many more.

For her sophomore effort, The Amoeba Cleansing Syndrome, Joi and creative partner Austin, brought in the assistance of legendary pioneers Fishbone to be her backing band. But when her label EMI folded, so did the release of the album. While her solo projects were on hold, she provided vocals for fellow Atlanteans OutKast, Goodie Mob, and TLC songs, as well as non-Atlanta artists Robbie Williams, George Clinton, Curtis Mayfield, Queen Latifah, Too Short, and D.O.C. to name a few.

In 2000, Joi's third album, Star Kitty's Revenge, was again a victim of shake-ups in the record business. She then signed with Raphael Saadiq's boutique label, Pookie Records, and recorded Tennessee Slim Is the Bomb, which she executive produced. Subsequently, Joi formed her own label, Joilicious.

Joi is now preparing for the release of new music with her production partner, multi instrumentalist and songwriter, Devon Lee as a band called HotHeavy&Bad and is growing her new production company Flawless Beast Creations.

2. Joi is a band who began in the early 1980s with brothers Farook and Haroon Shamsher who started as a DJ duo and soon went on to create groundbreaking world fusion music. They grew up in Bradford, England, but as kids moved to Brick Lane in London's East End where their father ran a traditional music shop, and would record tapes in a back room to sell on the street. The Shamsher brothers learned tablas and flutes and began experimenting mixing their music with prerecorded songs from people like James Brown and Nusrat Fateh Ali Kahn. They began DJing at neighborhood parties in the early 1980's and then began organizing their own raves first under the name "League of Joi Bangla Youth Organisation," then shortened to "Joi Bangla," and by 1986 finally shortened to simply "Joi."

The founding members of the famous London Asian Underground club scene, Joi gained a cult following on the London DJ circuit with their innovative combination of Bengali music with funk and rave. From 1992 for three years, their rule at the Bass Clef club (later the Blue Note) every Thursday was little short of legendary, attracting nearly every credible artist of its time, from Orbital to the KLF, Goldie to Bj&ouml;rk. They released numerous singles (now extremely rare collectors' items) gaining enough notoriety that Peter Gabriel signed them to Real World Records. Joi released their first full-length album One and One Is One in 1999. The album was a big hit in the U.K. and Europe, winning a BBC Asian Music award and the duo toured Europe and North America.

Sadly, Haroon died suddenly of a heart ailment July 8, 1999 just before the recording of their second album. Farook took the rifts and themes recorded by his brother, combined them with his own ideas and completed the album as a tribute to his brother, resulting in We Are Three in 2001. Farook understandably took a long break but reemerged in 2006 with the long awaited third album Without Zero. He kept alive the spirit of his brother and their work together while stepping out in fresh directions. The album returned Joi to prominence in the world music and club scenes. In December 2006 Farook Shamsher collected to prestigious UK Asian Music Award 2006 for 'Commitment To The Scene' in recognition for seminal work of those early days and his long-standing work in the Asian music scene.

Joi is still signed to Real World Records and the next Joi release is slated for sometime in 2012.

3. Joi is a New Jack Swing female quintet Joi. They released one album, Joystick, in 1993.

Tennessee Slim Is The Bomb