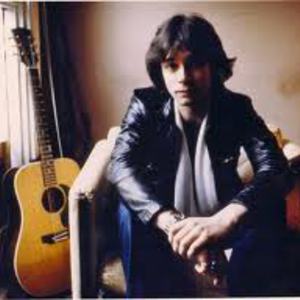 One very important fact about Alan Merrill: He was the lead singer and songwriter of the first and original 1975 version of "I Love Rock N Roll" with his band, The Arrows. The song has become an enduring international rock anthem, recorded by Joan Jett, Britney Spears, and many others. Joan Jett saw Merrill perform the song on a British television pop show in '76, while on tour with her band, The Runaways, and she was deeply inspired. Her 1982 version of the song was #1 for 8 weeks in the USA.

Alan was elected a New York Chapter Governor of NARAS, the Grammy Awards organization, for two terms in the 1980's.

Alan Merrill was the first person on earth to sing the classic song "I Love Rock N Roll" of course, at the time when he wrote it. He was also the first singer to release a recorded version of the song in 1975 as lead singer and frontman of The Arrows, and he was the first person ever to perform the song, both on stage in front of a live concert audience and on television.

He was the first successful foreign pop star in Japan's domestic market, scoring a top 10 solo hit with the single "Namida" from the album "Alone In Tokyo" on Atlantic Records Japan in 1970, singing the entire album in Japanese

Alan was the first signing to Atlantic Records Japan in 1969 as a solo artist and the first artist to have a hit single on the newly formed label.

Alan Merrill was married to supermodel, the late Cathee Dahmen in the late 1970s and they have two children, Laura and Allan jr.

Alan's composition, "When The Night Comes" (as recorded by R&B great Lou Rawls in 1983), was taken into space by the first black astronaut in history, Guion "Guy" Bluford. It was the first LP ever in outer space, and Alan Merrill wrote the title track! The album "When The Night Comes" by Rawls, also won two Beach Awards for best album, and the recording has a 5-star rating (full marks) in Rolling Stone magazine's album guide.

Alan was featured in a Nissan car commercial as a model in 1970, for the Nissan Sunny Excellent 1200 and 1400 campaigns. It was the biggest ad campaign ever by Nissan at the time, and the commercial ran 200 times a day on Japanese TV on all channels. He was also a model for Jun clothing, GT jeans and others in Japan.

!In 1974 after leaving his successful career as frontman with the band Vodka Collins in Japan and being in England only six months, Alan Merrill made the UK charts as lead singer of The Arrows rock band with his debut recording in that territiory, the top 10 single "Touch Too Much" produced by Mickie Most. The song made #6 in the NME charts and #8 in the BBC charts.

An American starting his career in Japan, Merrill has more chart hit singles in the Japanese language than he has in the English language.He has had hits as a singer in Japan, the UK, and Europe in both English and Japanese in various career incarnations across the years.

The Aleecat, Live In Japan

At The Candy Shop